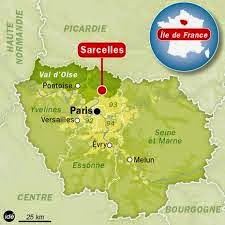 Usually on a Sunday morning I post something complaining about bias on Radio 4's Sunday programme.

Instead, this morning, I'd like to post a transcription of a report from the BBC's John Laurenson, featured on today's programme, which looks at anti-Semitism in France. [Transcribing French names isn't easy, so there will be asterisks where names cannot be deciphered.]

I found it to be a report which, not for the first time, does John Laurenson great credit - and giving credit where credit's due is something we ought to give much more often.

France was the country where Theodore Herzl finally realised the necessity of a Jewish homeland. Watching the public humiliation of Dreyfus in front of a baying French crowd, Herzl saw the danger facing Europe's Jews as a whole and the need for some place of safety to escape to. Thus, Zionism was born. That place of safety, Israel, now exists. Shockingly, in 2014, many French Jews are now again feeling the need to flee their own country. Israel awaits.

William Crawley: Figures from the Israeli Integration Ministry show that, for the first time, France has become the biggest source of new migrants 'making Aliyah' (or going to live in Israel). 4,500 Jews left France for Israel in the first eight months of 2014. That's far more than from the next-placed countries - Ukraine, Russia and the United States. The reason? France's economic woes, but also what some describe as a climate of anti-Semitism. This report from John Laurenson starts in the Parisian suburb of Sarcelles.

John Laurenson: In a synagogue courtyard a hundred or so families gather around trestle tables laden with food and drink. They're dressed up smart because it's Simchat Torah, the day in the Jewish calendar when you celebrate the Jewish holy book. Dressed up smart, and dressed up Jewish. Some French Jewish leaders now urge Jews not to wear their skull caps in the street in order to avoid trouble, but Sarcelles - 'Little Jerusalem' they sometimes call it - is different. Jews who moved here from North Africa in the 1960s make up a third of the population, and most of the time they've lived peacefully, side-by-side with Muslims who now make up another third. But this summer it all went wrong when an anti-Israeli demonstration that had been banned but went ahead anyway turned into a riot. **** is a Sarcelles resident.

John Laurenson: Around here everyone knows people who have left for Israel, says Max ****, president of this synagogue:

Max: We have friends who have left. We have friends who are planning to leave. We've been living hear for years. We are French. Why should we be forced to leave? It's not right. That's what saddens us. We're all from North Africa. We lived very well there. We left when it became no longer safe to stay. I think those people who pushed us to leave there followed us here and are now trying to throw us out of France.

John Laurenson: In a boulevard cafe in the Bastille neighbourhood of Paris, the waiter brings a coffee to Cendrine ****, the CEO of an internet advertising start-up. She was born and brought up in Paris. Next April she's making Aliyah.

Cendrine: When I saw since two or three years how people are in France, I said to myself, "I have to move right now".

John Laurenson: If she's alive today, she says, it's because her grandfather took a similar decision and got out of the Greek city then called Salonika before its Jewish inhabitants were rounded up and sent to the death camps during World War Two.

Cendrine: I don't feel the thing smells good. For me it looks like the beginning of the Second World War, with the people protesting in the street saying, "Jew, go back! Go away!" It's crazy.

John Laurenson: Ashdod, the town between Tel Aviv and Gaza, where Cendrine's moving to, is full of French Jews she says. One she's already met there is a survivor of the school shooting in Toulouse where the young Muslim fanatic Mohammed Merah shot dead three very young Jewish children in 2012. In an office block near Montparnasse Station, after passing through some very impressive security, I found myself inside the Jewish Agency - the Israeli government body that helps people move to Israel. I'm surrounded by Franco-Israeli migration guides on their coffee break. The agency is now running two Aliyah information evenings a week for Parisian Jews. They've never been so busy, says director Ari Kandel.

Ari Kandel: This year we're going to have close to 6,000 people moving to Israel from France. Last year it was 3,300. Many of these people are from what we call the 'core community' who go to the synagogue and send their children to Jewish schools. But now we're getting increasing numbers of Jews from outside that core, people who want to live their Jewish identity in Israel because they feel that nowadays getting up in the morning and walking through the streets as a Jew is more and more difficult.

John Laurenson: Ari, who's now an Israeli citizen, left France for that reason.

Ari Kandel: I was walking through the Gare du Nord station at 6 in the evening with by skull cap on my head when a man started insulting me. He even started pushing me. The station was full of people but no one lifted their little finger to help me. It was that day I decided to go and live in Israel because people there know how to look after each other.

John Laurenson: According to the French Jewish representative organisation, the CRIF, in the first seven months of this year the number of acts of aggression like this were up 91% on the same period last year to over 500. I asked CRIF president, Roger Cukierman, what he says to Jews who say they want to leave France - a country where Jews have lived for 2,000 years.

Roger Cukierman: I think that you have to face adversity wherever you are. The life of Jews is not easy in any place. All over Europe you have anti-Semitism. Israel is surrounded by enemies. It's also a country that's at war, frequently at war. So I think French Jews have to take the example of the Israelis and face adversity and confront it.

John Laurenson: Back in Sarcelles, Max **** says they're worried about the future, about the France they'll leave to their children - the ones who haven't already bought their one-way ticket to Tel Aviv.
Posted by Craig at 10:34