Bunfight at the BBC Corral

I've not watched Sunday Morning Live for a while but, after a brief flowering under Samira Ahmed, it now seems to have reverted to type.

I arrived just in time for the debate about whether Pope Francis is a revolutionary or not [a typical BBC question] and thought, "Hmm, I might stick around and watch this."

Then I then saw the panel and thought, "Oh no! Not Bonnie Greer, Kate Smurthwaite and Nick Ferrari (much as I like Nick Ferrari)!"

I then knew what was coming. And it came...

A couple of nice liberal Catholics, Mark Dowd and Paul Vallely, duly appeared to say nice things about that nice Pope Francis but got shouted down by a pair of left-wing feminists, Bonnie Greer and Kate Smurthwaite. The latter made almost identical points to each other, except that Kate was far more abusive about the way she put them, and ganged up on anyone and everyone who dared disagree with their derogatory views of the Catholic Church, shouting and pulling faces at their opponents in the process [very adult!]...which, of course, was Nick Ferrari's cue to enter the fray and try to fan the flames even more.

All the programme was missing at this point was a few lions to enter the studio and eat Mark Dowd. I bet the SML production team are kicking themselves for not having thought of that. 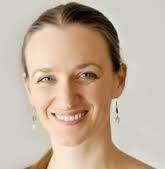 The consensus on Twitter seems to be that it was a "silly, ignorant, cliched" debate between "uninformed" people with "nothing to contribute"....except heat.

All course, it's all about raising our blood pressure and entertaining us on a Sunday morning. Bread and circuses (well, circuses anyhow). It's good for ratings. Plus it keeps the viewers awake.

Then it was onto, "Let's talk about climate change and its effect on the planet, well-documented" [as Sian put it.]

Naomi Klein - who's hardly been off the BBC this week - replaced Bonnie Greer on the panel for thsi one [an understandable swap]. Naomi and Mark got things off to a quiet start, agreeing with each other about how we are to blame for ruining the planet, so thank goodness for Nick and Kate who soon entered with their buns. Then it all kicked off. [Did I see a hopeful Paul Mason prick up his ears, and pop his head round the studio door?] Nick assumed the role of the evil 'climate denier' and the rest [including presenter Sian Williams] ganged up on him. Kate Smurthwaite almost burst in the process - which, had she actually done so, would have been great for ratings!

If I could only rant a little harder about the programme maybe I might get an invite to appear on it soon.
Posted by Craig at 12:06