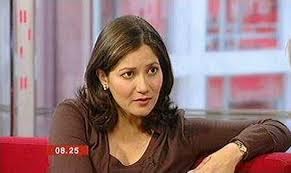 Sue wondered what I made of Mishal Husain's interview with Justine Greening (re Ebola and West Africa) this morning? [after 8.10]. She found it "gratuitously aggressive".

Listening to it, so do I.

I agree entirely with her that it was an "out of order" interview - misjudged and needlessly adversarial. Mishal sounded as if she was interviewing-by-numbers.

She also seemed woefully under-prepared and Miss Greening appeared to be patiently correcting her and filling her in about everything.

The two surrounding interviews about Ebola [with the captain of RFA Argus, David Eagles, and an aid worker in Sierra Leone] were marked by Mishal's other quality - coldness.

I'd really like to know what other Today audience makes of her but, for me, she's somewhat lacking in warmth, spontaneity and a sense of humour. She may have all of those qualities in 'real life' but they really don't come across on Today (unlike with Sarah Montague) #ad hom.

Mishal Husain had two main angles today - pushing the United Nations' complaints about the 'under- funding' of their Ebola appeal, and advancing "many peoples'" puzzlement about the 'health professionals only' rule for beds on our medical ship off Sierra Leone. 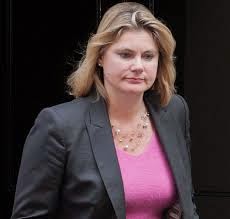 The first point was 'put straight' by Justine Greening (as far as the UK is concerned). It was a (left-wing) tabloid debating point, and easily swatted away.

The second point, however, reveals something (I think) about the way BBC people like Mishal think.

Are many people really that angry that a British navy vessel dispatched to provide emergency care for (mainly foreign) health workers in Sierra Leone (if necessary) won't be open to all Sierra Leoneans? Mishal gave every impression of thinking that we do think that.

I very much doubt it though.

Were Mishal's 'race grievance' antennae twitching here? Had someone moaned about it in the Guardian?

"Many people" in the UK are more likely to be thinking 'unthinkable' [for the BBC] thoughts about what the heck we're doing out there in the first place, putting ourselves in danger, and why these long-independent countries are so unable to cope, after so many decades of 'freedom'.

Those aren't the sort of questions (I suspect) Mishal Husain would ever think of asking though.

"Many" other people [also not mentioned by Mishal] might also be admiring our country's willingness to step up to the plate, and our commitment to helping others less fortunate than ourselves.