I’ve been picturing homes all over Britain, switching on the telly or the radio and hearing about the missing girl from Bristol who has probably run away to be a ‘Jihadi bride.’

Straight on the back of a real missing British girl, whose parents  really did make a moving,  dignified, but alas futile appeal for her return, the BBC’s treatment of the Somali family’s self-proclaimed “heart-breaking’ appeal for their runaway daughter gave implied moral equivalence to the two, which many people deem highly offensive.

Judging by some of the comments on blogs and the online press, like, for example, the Independent, people all over the country are baffled at the way this story is being framed by the BBC.

I’m picturing thousands of living rooms from Land’s End to John O’Groats with people inside going “WTF?” in unison. 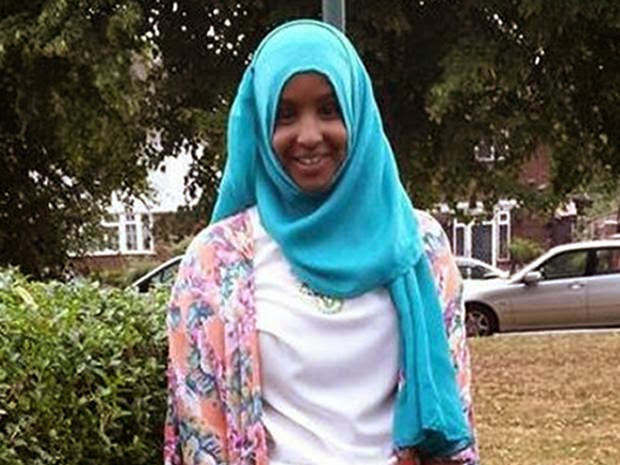 The only ones who think it’s perfectly credible that a “Bristol” family could wake up one day to find your headscarf-clad 15 year-old has managed to pick up her passport,  book a plane, get, somehow, to Istanbul, no doubt for the sole purpose of deliberately offering herself to some brainwashed savage, all without your knowledge, or your slightest prescience, suspicion or malice aforethought, must be the BBC.
The BBC must be the only ones who assume that the public is as concerned for Yusra’s self-inflicted predicament as they were for Alice Gross, whose murder appears to have been at the hands of a deranged previously convicted offender who shouldn’t have been allowed here in the first place.