There was a short series of reports on Radio 4's Broadcasting House last year that I meant to blog about at the time, but (for some reason) didn't.

There were three reports in the series.

The first focused on the stories of desperate (im)migrants trying to get to Europe via the Spanish (Gibraltar-like) enclaves on the Moroccan coast. (There have been quite a few such reports on the BBC in the past couple of years - Paul Mason's pieces for Newsnight being the ones I remember most clearly).

The second focused on the stories of (im)migrants trying to get to the UK via Calais, featuring a very charming chap desperate to get here.

The third focused on the story of a British lorry driver and his experiences of how (im)migrants are stowing away on British lorries to get across to Britain. He expressed some sympathy for them.

That struck me as being 'typical BBC' in its focus on the sad stories (or 'sob stories', as some might call them) of desperate immigrants seeking to reach our (safe) shores.

They tugged at the heartstrings, despite being couched in the quasi-distancing language of BBC reporting.

In fact, they tugged at my heartstrings so successfully - and I remembering thinking that the reports were very thought-provoking - that I haven't blogged about them, until now, when a light bulb has suddenly gone on. 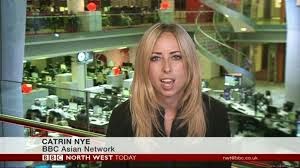 I'll come back to that 'light bulb' in a minute, but first a BBC News website article from the BBC Asian Network's Catrin Nye called Deportation story: One man's journey from London to Zimbabwe - a story that intends to show the sad consequences of deporting an illegal immigrant back to his homeland (where, he admits, his life is in no danger).

You'd have to be hard-hearted not to sympathise with him as he seems a decent guy...hence, I suspect, the reason for the report.

Catrin's previous BBC News website report on the subject was The secret world of the UK's immigration removal centres, which also focused on the sad stories of those being deported...and prior to that (working back chronologically), a positive report on a Labour mayor in Newham promoting integration, a highly positive piece called Hackney exhibition portrays 100 years of migration and some sad stories from Glasgow about "destitute asylum seekers" in Glasgow.

Catrin Nye may have a very kind heart, but this kind of reporting is very far from impartial. It's pro-immigration reporting, plain and simple.

And BH and Catrin aren't alone at the BBC in focusing our attention on the sad stories of immigrants. Very far from it.

Today ran a remarkable series on immigration from their chief reporter Matthew Price last month, on which we here at Is the BBC biased? reported (and doesn't that sound pompous?)

Again, the plight of immigrants was a key focus, but overlain on such heart-tugging was a strong emphasis on the downsides of the government's moves to cap benefits for immigrants, and on the pro-immigration views of various influential parties and experts. There was a final report reflecting the concerns of 'ordinary people', but those were undercut by questioning from the reporter. And all the 'expert' voices were pro-immigration.

The overall level of pro-immigration bias was strong and hard to question.

As the New Year dawned another of Radio 4's current affairs staples began a series on immigration. As per Dan on a previous comments thread, The World Tonight ran a series on the subject last week:

On Radio 4 World Tonight (not a programme I normally listen to) they had a latest installment of a series on immigration issues. The bias was incredible. Firstly, we only heard from "experts" like Oxford Migration Observatory - not Migration Watch. Our immigration rules were described as "restrictive" - despite some 500,000 coming to this country to settle each year! The Observatory used incredibly sloppy "categories" like "countries which have traditionally been immigration destinations" to claim our rules were somehow draconian.

It certainly was incredibly biased. and it began with an extraordinary statement from presenter David Eades:

All this week The World Tonight's Beth McLeod will be talking to the people you hear a lot about in this heated debate but rarely hear from.

Believe it or not, he meant immigrants - people whose views are far from ignored by the BBC.

The reports by Beth McLeod followed much the same template as those on BH and Today. 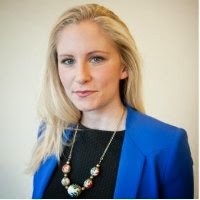 The first report asked the question, "Is Britain a soft touch on immigration?", and gave the firm answer 'no'. The words of the Mayor of Calais, much reported in the UK press, were her starting point. We heard hard-luck story after hard-luck story from various illegal immigrants, all of whom said Britain was so harsh they were thinking of going back home. [What's the betting not a single one of them will go home?]. A young Afghan man with a broad grin, someone from a refugee forum, a homeless South African all bemoaned the situation. As for asylum seekers, a blonde Albanian thought the UK system was generous but a Somali refugee denounced the government's plans to send him back as "shocking". Beth asked him a leading question about what he thought of the Calais's 'soft touch' claim. He said she was wrong. Then came the 'expert': Madeleine Sumption of Oxford's Migration Observatory. She reassured us that most applications are rejected and that the trend for asylum seekers is well below last peak in 2002. Beth asked her about the Mayor of Calais? The UK ins't that popular and is low down the list of favoured countries per capita, reassured Madeleine. Beth's pay-off was to reassert the point that these people don't think the UK is a soft touch on immigration.

The second report, following David Eades' highly questionable assertion of the Migration Observatory's spin on the Bulgarian-Romanian migration figures (which were exactly what he unmentioned Migration Watch predicted) as reported fact - a very positive, reassuring spin on those figures (of the 'nothing to see here' variety) - introduced us to more immigrant voices: Latvians feeling unwelcome, a lovely Spanish lady, a single mum (with a hard-luck story) who might be hit hard by David Cameron's new rules. We also heard from an NHS director and a care work recruiter, both of whom 'explained' why we need immigrant workers. Madeleine Sumption then gave her expert overview again.

The third report again questioned the "soft touch" claim and talked to "some of those affected by the government's recent laws". A string of hard-luck stories followed about how tough life is and how "hard" the new rules are. A highly successful immigrant businessman and peer denounced the government. Madeleine Sumption declared that the UK has "some of the toughest immigration legislation in the world". A British man whose family has been hit by the legislation said he'll "never forgive the government for what they've done", and Beth ended by saying that many businesses, and families say the laws are too "restrictive".

So far, as you can see, it was much the same as Today's coverage, except even worse. To re-quote myself, "Again, the plight of immigrants was a key focus, but overlain on such heart-tugging was a strong emphasis on the downsides of the government's moves to cap benefits for immigrants, and on the pro-immigration views of various influential parties and experts." The angle here, however - that the UK is too hard on immigration - was pushed even more strongly than Today's angle-pushing.

And to keep on re-quoting myself, "There was a final report reflecting the concerns of 'ordinary people', but those were undercut by questioning from the reporter. And all the 'expert' voices were pro-immigration": The final report presented 'the other side' - the concerns of local people about the effects of immigration in their area. It then returned to the voices of nice immigrants, pro-immigration politicians and ended with Madeleine Sumption explaining why people's concerns aren't borne out by the statistics.

This was all highly biased stuff. (If you disagree, please feel free to explain why).

Imagine if Beth McLeod had used Migration Watch in all of her reports. She would have been accused of bias by pro-immigration people. Instead, she used the Oxford Migration Observatory, an organisation that is 'independent' but not unbiased. It is pro-immigration.

Incidentally, we've been down this route before with Beth.

Here's an Is the BBC biased? piece from September:

It focuses on the "personal tragedies" of the migrants, spotlights the point that "championing the rights of refugees is difficult” and discussing a "shocking" photo that shows African migrants climbing a border fence in one of the Spanish North African enclaves while two people are playing golf "amid a paradise of palm trees, luminous fairways and gently undulating greens."

"Even looking at the picture makes me feel guilty", writes Richard Hamilton.

In other words, the BBC is biased in favour of immigration.
Posted by Craig at 18:08