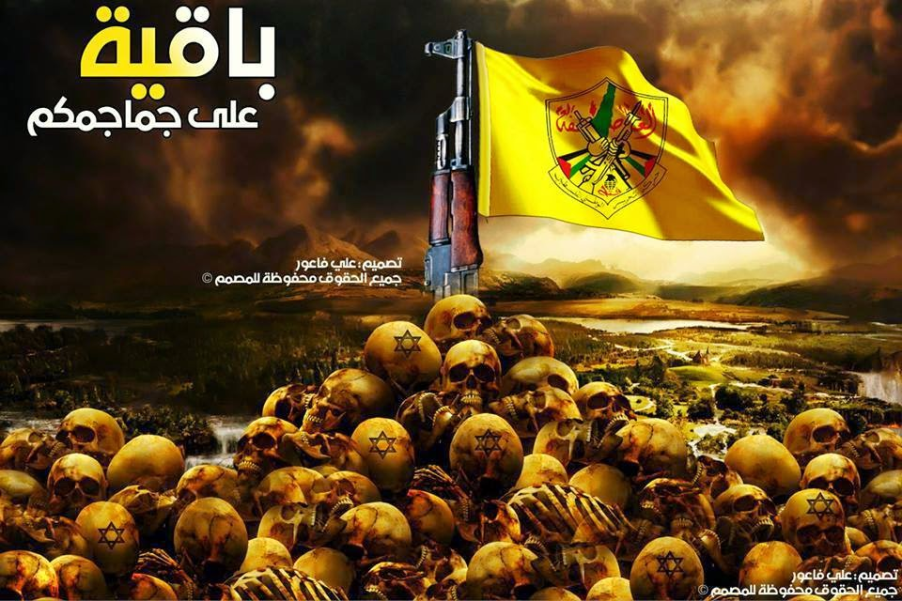 "Take up your arms again, so that your enemy won't find rest"

"Fatah will carry on the struggle in all its forms until the liberation of the land and the man."

Do any of the above slogans indicate that Fatah has given up the armed struggle?


********
I read BBC Watch’s article about Caroline Wyatt with interest. I have no evidence to support my instinctive feeling, which is that Caroline Wyatt’s outlook is not, how shall I put it, run of the mill BBC  - as far as Israel is concerned at any rate.

She had considerable credibility as the BBC’s defence correspondent, with the relevant facts and figures always (it seemed to me) at her fingertips, and I was surprised to find that her talents were suddenly diverted away from defence to religious affairs. She seems more suited to temporal than spiritual matters, if you ask me. (You didn’t, I know)

What did strike me was that by acknowledging that Bowen and co. have ‘improved’, she was at the same time recognising their previous 'guilt'.

I completely agree with BBC Watch that Bowen has no business whatsoever quantifying amounts of suffering and worse still comparing one with another and thereby insinuating that Israel hasn’t suffered enough to justify retaliating. It’s way above his pay grade, in poor taste, motivated by bias and inappropriate for all kinds of other reasons.

But if he is going to go down that road he's opening a Pandora’s box and asking for much harsher criticism for not making similar, broader comparisons, and not quantifying all suffering, everywhere. In particular for not comparing I/P related suffering, now and from all time, with suffering the world over caused by Islamic or religiously based wars.
While we’re on the subject of the Limmud 2014 conference - not being part of any community, Jewish or otherwise, I didn’t know anything about this - never even heard of it - I immediately assumed Caroline Wyatt’s presence was a token gesture, like when politicians make sycophantic speeches at Friends of Israel conventions.
But Mr Google tells me that it’s not quite like that. Then I noticed this . What is going on here?

Back to the JC online. The BBC ‘agonises’ so it does. Good. Jolly good. To the BBC we wish the same amount of agony as the BBC hath bestowed upon others amen. Equal quantities of course.
“There’s a genuine attempt to get it right” she said. I believe her. I actually believe there is a genuine attempt in many cases to get it right. But how can you get something right without intelligent understanding of the basics?

My own cracked record is nearly worn to a stump, but I’ll say it once more. There is no moral equivalence here. Giving equal credence to all views regardless of merit is not a very desirable kind of impartiality. Oh dear.

No-one is likely to be persuaded by a polemic, diatribe, rant, written or verbal onslaught. Many people, including Johann Hari have realised this.

“It’s struck me that, actually, polemic very rarely changes people’s minds about anything.”

It’s particularly relevant with regard to the Israel Palestine situation, which invariably affects people’s reasoning.

“The word of reason is not going to be listened to on this issue” says Kevin Myers in an interesting conversation on the Melanie Phillips Show. Voice of Israel is a valuable discovery by the way.

Maybe we should rename this blog ‘Pointless.’ God bless her and all who sail in her and smash a bottle of champagne against our hull.

A requisite attribute of a reliable blog is longevity. We’re in reflective mode.
Better crack on.........