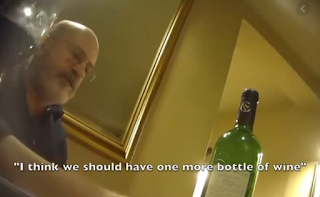 Having been largely out of action for the past week, I half-missed the headlong fall into the Slough of Embarrassment suffered by Kamal Ahmed, the BBC's £205,000-a-year editorial director, but it's well worth catching up with. There was an outcry after it was revealed that he took a £12,000 speaking fee for addressing an Aberdeen Standard Investments (ASI) event. He then apologised and waived his fee.

Fascinatingly, the man leading the charge against him was none other than 'Roaring' John Sweeney who christened his former colleague 'Mr Bung'.

Here's a very small sample of 'Roaring' John's output on the matter:
Ouch!
Posted by Craig at 08:45