Warning. This may seem slightly off-topic but it's not entirely unrelated to BBC bias and I'm going to say it. Each time we see the last-trio-standing in the Labour leadership cabaret another massive haemorrhage of credibility squirts out; the last vestiges finally oozed out during C 4’s ‘hustings’.

“It was devastating in the election campaign to knock on doors and find that many within the Jewish community just didn’t trust us any more.” - @RLong_Bailey

We have some irreconcilable, antithetical positions. Number one, the so-called support for the “Right of Israel to Exist” as proclaimed earnestly by Lisa Nandy and through gritted teeth by Rebecca Long-Bailey (and not at all by Keir Starmer (?)) against the diametrically opposed and equally enthusiastic support for the Palestinian cause with its inherent desire for the non-existence of Israel.

Number two, the right of people with a penis to self-identify (as women) against the right of biological women to exclude them from the few remaining women-only spaces.

Cases of rape or sexual assault may be rare in such circumstances, but even on the grounds of modesty alone (which apparently is a big thing in a community that traditionally encourages segregation of the sexes and regards venturing out without your burka as ‘asking for it’) if you sign a pledge to the effect that everyone else is expected to welcome the presence of women-with-penises in the few remaining intimate female situations, you must at least have the intelligence to acknowledge that these positions are irreconcilable and contradictory.

Incidentally, has no-one in the Labour Party noticed that ‘no place in our party for antisemitism’ discriminates against, nay, disqualifies a substantial section of their culturally antisemitic fan-base from having a place in their precious party, while their new-fangled advocacy of aggressive trans-rights discriminates against and alienates feminists. Or just women.

This craze for legitimising self-identification changes everything. When applied to competitive sport we already have a huge, masculine trans-man-to-woman competing against biological women in ‘women’s’ cycling events, so let’s allow able-bodied sportspersons to identify as disabled and make the Paralympics implode.

Lisa Nandy has all but spontaneously combusted by snatching potential defeat from the jaws of unexpectedly coming-from-behind. And she looked so promising before we saw that she has signed these ill-conceived, bordering on antisemitic, pledges. 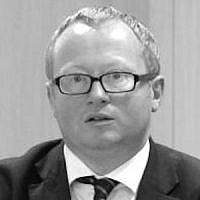 Labour’s policy on Israel and the Palestinians should not be dictated by PSC. Luke Akehurst’s blog.

"Prospective leaders of any major party shouldn’t be having their stance on Israel and the Palestinians dictated by the PSC, an organisation that has never committed to a two state solution, never accepted Israel’s right to exist, leads the BDS (Boycott Divestment and Sanctions) campaign in the UK, and has failed to deal with antisemitism in its own ranks.
The pledges say nothing at all about Israel or two states.

In fact, the first one undermines the concept of two states with a reference to a complete right of return. We know from its campaigning that PSC don’t mean a symbolic settlement of this issue with small numbers of Palestinians returning to Israel, and compensation for others, it argues for the absolute right to live in Israel of all descendants of Palestinian refugees, about seven million people. This would mean Israel ceasing to exist as a Jewish state. There would be two Palestinian states, not two states for two peoples.

One plausible suggestion for an outside-the-box, vote-winning, strategy for Labour is to ditch the pretence. (I'm not sure that Dawn Butler isn't ahead of the curve already.) At least they wouldn’t have to make contorted arguments that do not compute, and at least they could run on a unique platform of extreme, radical honesty.