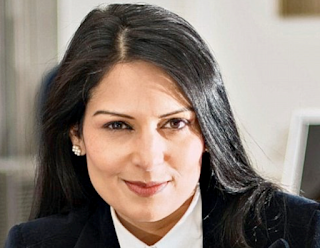 It's turning into quite the day for culture warriors. (What's new?)

My Twitter feed (which I keep as wide-ranging as possible) has divided very sharply.

If you believe one camp, Sir Philip Rutnam represented the rotten heart of the Civil Service, presiding over disaster after disaster at the departments he ran. If you believe the opposing camp, he was the epitome of a decent public servant, a kind man of scrupulous integrity.

One camp says that Sir Philip was bullied, the other that Priti Patel is the one really being bullied.

One camp says his exit's an excellent thing, a win for a government seeking to drain the swamp, while the other says it's a bad thing and that it will actually harm the government, especially Priti Patel.

Everyone said what I expected them to say, on either side, until I came to Spiked's Tom Slater, who - breaking the template of all my expectations -  tweeted:

I worked with Sir Philip Rutnam for 40 years. He was always impeccably neutral, diligent, intelligent, kind and of course loving. He was a giant among functionaries. No one had a bad word to say about him, nor could anyone resist his charms. Patel should be ashamed of herself.

I don't know either of them, so I'll just say that I'm inclining towards reserving judgement, with my natural pro-Priti instincts being balanced by Tom from Spiked's testimonial in favour of Sir Philip. 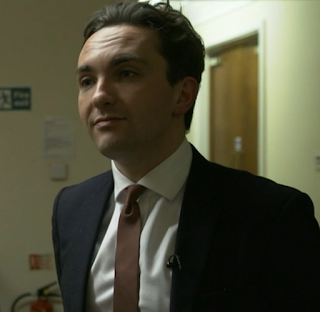 For those who are interested, here's BBC Newsnight policy editor Lewis Goodall and his take on things. He's strongly leaning to the side that thinks this is very bad for Priti Patel:

Update: Please see the comments below for proof of where I went embarrassingly wrong here! To quote Wallis Simpson: D'oh!
Posted by Craig at 17:08