'Why am I trying to disturb the consciences and sense of justice of people who plainly have neither?' 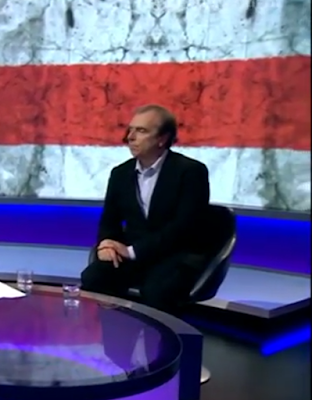 Peter Hitchens is one of those people with a longstanding attachment to the BBC. Its a BBC of the past and his imagination, of his memories and hopes. He can't bring himself to call for its abolition because, as he says, he loves what it used to be, and what it ought to be. But, as of this week (as he writes in today's Mail on Sunday), he no longer feels any inclination to defend it.

Despite feeling that in the past two or three years "it has grown sharply worse" and that there has been "a crude slide into open partiality on so many things", the straw that finally broke his camel's back was an "insulting" reply from the BBC to his complaint about Christmas Day's Gavin & Stacey breaking BBC editorial guidelines by condoning the use of illegal drugs before the watershed:

I was wasting my breath. They ignored what I had said, and responded to different points I had not made.

And I thought: 'Why am I trying to disturb the consciences and sense of justice of people who plainly have neither?'

So that's it. He simply "can't be bothered" to defend the corporation any longer.

Given that it's 'Peter Hitchens of The Daily Mail' (actually The Mail on Sunday, a different paper), I'm guessing many a BBC type will shrug this off. But they should beware: it's another straw in the wind.
Posted by Craig at 07:04