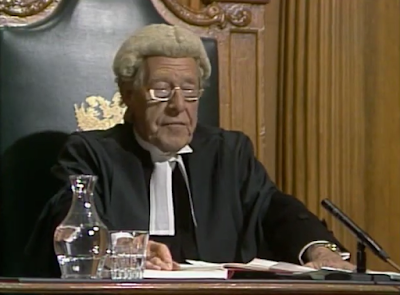 So Lord Justice Singh sang from the same hymnbook as Mr Justice Supperstone and Mrs Justice Lang and rejected David Keighley's bid for a judicial review into the BBC's methods of measuring impartiality.

They also ruled that the BBC isn't obliged by law to adopt any particular methodology. "This is a matter left to their judgement", they say. Like Ofcom, the BBC has "expertise" in the matter.

Kathy at The Conservative Woman writes that this judicial brick wall leaves Ofcom as the only remaining option, though Ofcom is crammed with people with close links to the BBC.

Mrs Justice Lang also landed David with heavy costs of approximately £18,000. "She might as well have said: ‘This is a warning to anyone who has the temerity to challenge the action of the nation’s monopoly broadcaster – you will pay for it.’", observes Kathy.

This is dispiriting but I know David will carry on the fight to stop the BBC having carte blanche when it comes to marking their own work.

If the BBC and the courts don't want to read News-watch's studies then plenty of people (and newspapers) do.

Plus, as MB says, we now have a semi-populist government that seems semi-intent on tackling the BBC.

P.S. Talking of opinion polls and BBC impartiality, here's a fascinating one highlighted by Guido Fawkes: 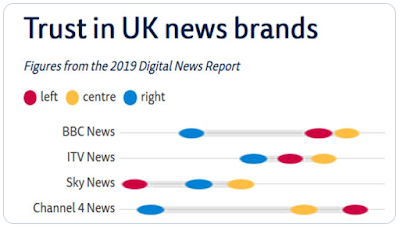 Wonder what that audience survey tells the BBC?
Posted by Craig at 13:40