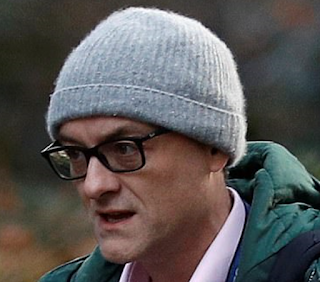 The Mail on Sunday has another dramatic headline today: Man who claims Dominic Cummings assaulted him is set to be interviewed by Emily Maitlis in BBC documentary.

The paper reports that BBC producers are set to interview a man who alleges that Mr Cummings "grabbed him by the lapels and pinned him to a wall" two decades ago after "an explosive radio debate". (What a scoop!)

It will be part of an Emily-led documentary profile (hatchet job?) on Dominic Cummings.

I'm sure this news will be read with interest, if little surprise, in Downing Street. They'd surely have expected that the BBC would be coming for Dom sooner or later.
Posted by Craig at 07:11