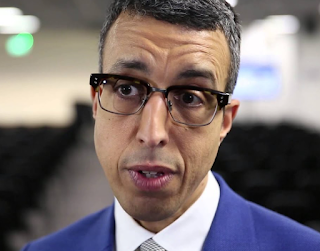 John Sweeney will doubtless be tucking into his Sunday sausages with extra relish this morning: The Sunday Times is in hot pursuit of the BBC's "Mr Bung".

The paper is reporting that Kamal Ahmed, the corporation's editorial director, has "carried out two other paid engagements, at a property developer and a government-run bank" despite having a monthly salary of around £10,000 after tax.

He's already apologised and offered to waive his fee from another such engagement after an "outcry".

The paper says that, so far, Kamal has "declined to reveal how much he had been paid for the events or whether he would pay it back".