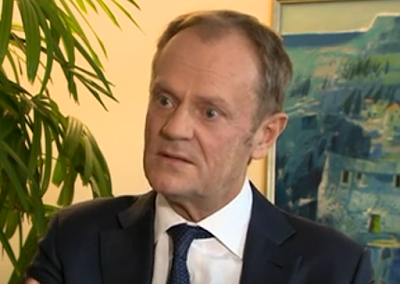 The Twitter mob is marching out with torches and pitchforks out this morning because Nigel Farage was on The Andrew Marr Show.

Despite serving for over 21 years as an elected MEP and being the most influential politician in modern British political history, these fiery furies really don't think the BBC should invite him on. At all.

Yes, Nigel Farage only got a walk-on (or sit-down) part on the sofa this morning, sitting alongside a former Lib Dem advisor during the paper review, while the ex-President of the European Council Donald Tusk got the long, final interview. But even that's too much for them.

Piers Morgan has tried, but seriously, Piers, what's the point?

Piers Morgan: Nigel Farage was calm, measured, reasonable & non-gloating on #Marr - so of course, illiberal liberal Twitter is losing its hysterical sh*t yet again & howling abuse about him. The perpetually furious woke brigade will never win an election until they learn to stop doing this.
Amanda AbuBakr-Poole: He's a fascist , do your homework!
Piers Morgan: Farage is not a fascist. Ironically, the new fascism is the illiberal left constantly branding everyone with a different opinion ‘fascist’.