RLB and the BBC 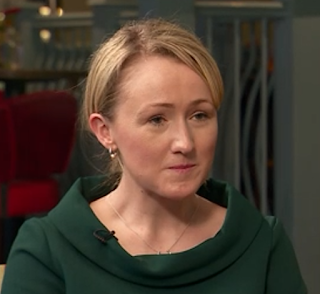 Becky herself was tweeting  last night:

I’ll be talking to Andrew Marr in the morning about my proposals for a People’s BBC owned by staff & the public.

In response to Tory attacks, the BBC must be freed from government control & guaranteed as a cornerstone of public knowledge in our democracy.

Really? Is that what she's going on the BBC to talk about?

I do hope it is, because it will be fascinating to see how Andrew Marr questions her about what, precisely, she means by all of that:

How exactly, under Becky L-B's rule, will BBC staff "own" the BBC?

And what if most of them are soggy-left/Blairites - like Andrew Marr, minus the Iraq War, which he opposed - rather than far-left types like her?

And how exactly will the public "own" the BBC when she becomes PM?

Direct democracy? The public choosing the next BBC DG?

What if it's another Leaver win? Or a Corbyn-loathing, red-wall-breaking vote against the likes of her?

Or will unrepresentative, thuggish Momentum 'Owen Jones' types simply be gerrymandered into place as representatives/tribunes of the people, and Paul Mason made BBC director-general?

And how exactly will far-left Becky, as an anti-privatisation leftist, "free" the BBC from government control? And what on earth (and beyond) does she actually mean by that from her seemingly ill-thought-out, ideology-driven position?

And how will she guarantee the BBC as "a cornerstone of public knowledge in our democracy" if many, probably the majority of voters, don't agree with her view of "public knowledge"?

I do hope that Andy Marr won't duck this and that Rebecca Long-Bailey gets to debate the whole BBC thing with him this morning without him changing the subject at the first mention of BBC matters.
Posted by Craig at 06:21