Not every silver lining has a cloud in it

stream of consciousness...  In literary criticism, a narrative mode, or device, that seeks "to depict the multitudinous thoughts and feelings which pass through the mind." Another term for it is 'interior monologue'."

Looking back at the evidence I gathered from around 2009 onwards I think it holds up well; hence, I'm at something of a loss to explain why I just don't find the same amount of bias these days.

'Something' is the key word because, thinking positively, it could simply be the case that Paddy has matured as a presenter and BH has learned to tread more carefully - and that, after all, is what a bias watcher who wants the BBC to be un-biased would surely hope for, namely improvement.

And I have to say that I do think that Paddy has matured as a presenter. He's learned to hide his political leanings much better. I now like listening to him.

Similarly, BH is far less easy to nail for blatant left-wing bias these days - and that's just because it isn't as blatantly biased these days.

I used to listen out back then for those occasional features where a non-BBC personage was granted a platform to speak his or her brains and, for a good year-or-so around 2010, it was always a left-winger/environmentalist who got that platform (proportionally-speaking, surprisingly often a very-left-winger). It was something of a (sick) joke, and I was keen to track it. It was like shooting big-boned fish in an extra-large barrel.

Listen to today's programme and who's given the 'speak your brains' spot though? Well, the wonderful, right-wing Matt Ridley (son of Nicholas, and author of some of my favourite science books). And other righties have been given similar spots over the last couple of years (when I've been listening closely again).

Improvements can happen. [Dateline London has already empirically improved too]. Why should anyone who complains about BBC bias complain about that?

These days I very rarely hear Paddy O'Connell intervene in a 'pro-Labour' way - and, let me tell you, my ears are always tuned towards hearing 'pro-Labour' bias from Paddy, out of past experience. 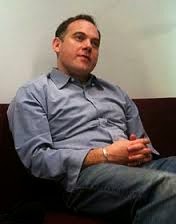 I think I've heard about a couple of instances where he may be said to have done so ["intervened in a 'pro-Labour' way"] but, always to my amazement at the time, I've also heard a smattering of occasions where he intervened in a 'pro-Conservative' way. Even better, I've even heard him intervene in a 'pro-UKIP' way during press reviews where UKIP-bashing has gone too far.

That's as it should be, and that's good, isn't it?

Back to today's BH and Paddy's walk around the Rochester and Strood constituency. He talked to Nigel Farage, a Conservative-supporting Dickensian tour guide and the Green Party candidate (who he spotted wearing a green rosette). It was fun and - from Paddy - about as apolitical as you could get.

Then came a look-ahead to the next general election with Adam Boulton from Sky News and (oh Lord, here's Craig displaying his right-wingery again!) establishment-backing, Labour-supporting Independent columnist Steve Richards. Adam exercised his imagination and Steve stood up for Westminster politics (as usual).

An 'impartial' journalist and a Labour-supporting journalist? Isn't that a tilt to the Left? Yes, it is - if considered in isolation.

A U.S. nurse working at an Ebola unit in Liberia followed. Her account of one night there was quite something (and - for those who care - the West wasn't blamed). More of her reflections will be broadcast in coming weeks Paddy promised. [A happier report from that admirable lady would be welcomed by everyone. Were I religious I'd pray for her].

Oh, Hugh Sykes is next.

I always expect the worst from Hugh. Again, because of experience.

I went through a brief stage of readying myself to cry 'Bingo!' whenever Hugh plugged some nice BBC message or blamed the West for everything.

Today, he plugged some nice BBC message, reporting from Turkey on a choir that combined Muslims, Jews and Christians - a nice, feel-good piece of the kind that soothes away all our fears about murderous Islamic bigotry. 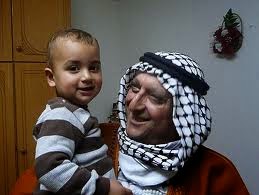 Yes, forget the murderous Islamists of the so-called self-declared S-C Islamic S of Iraq and Syria and/or the Levant. Shalom, shalom! Forget Erdogan too. Think multi-faith civilisations, Orthodox church bells, Jewish chants, nice Muslims... "all the same family" ...happy, happy, happy...hallelujah!...shalom!...tolerance and peace for 2,000 years...a nice imam at a mosque saying "It's nice for me to be with Christians and Jews" [yes, that's an exact quote]...a town (like the BBC) with "tolerance in its genes" [yes, that's also an exact quote]. Oh, oh, oh...but sadness!...beyond the mountains is Syria...Oh, stopping the war! ISIS wouldn't like this!...oh, oh, oh...

I paraphrase (to applause)...

The choir are off to Canada and the U.S. soon - and good luck to them.

Hmm, a post that started out absolving the BBC of bias is now finding bias. How strange!

They started (at Paddy's prompting) with 'disgraced' Tory MP Brooks Newmark. Paul pleasantly surprised me, speaking (with sympathy) about Brooks's claims of depression. Paul believed him, despite Brooks being a reactionary running dog lickspittle of international capitalism/Tory. [Paul is a complex and not wholly dislikable man. I've learned that, even though I may have played a part in humiliating him].

When it came to UKIP both ex-Strictly Arlene and Torygraph Bryony launched into prolonged mocking personal assaults on Nigel Farage, including insults about the clothes he wears. Paddy began to join in, but - light bulb going on! - eventually backed-pedalled (and rightly so!), and Paul Mason said he occasionally wore the very kind of clothes they were mocking before adding that the "metropolitan elite" is scared of UKIP but not quite sure of what it is they're actually worried about. Paul then added that there is definitely something significant going on, that UKIP signals a disdain for the "liberal metropolitan elite".

Torygraph Bryony (speaking for the metropolitan elite) ignored him and kept on mocking UKIP, professing herself "troubled" by them - thus proving Paul's point! Paddy then rallied on behalf of impartiality, suggested Arlene's mockery was "superficial" and suggested that Nigel stands out because "we've disinfected politics" otherwise, so someone who smokes and drinks might actually strike a chord. Paul added, laughing, that as a public service broadcaster - like Paddy - he has no view on Nigel Farage but that UKIP says what people really think and that lots of people have "had it with euphemism". Indeed.

Fancy Paul Mason and Paddy O'Connell sticking up for UKIP against Arlene Phillips and the Torygraph's Bryony Gordon!! Excuse me while I apply the smelling salts...

We also learned, as per the newspapers, that Hitler had two balls (not just one) and that Mrs Thatcher occasionally fell asleep on the job.

OK, onto Matt Ridley, that rational optimist. What did he have to say? Lots...


There's a lot wrong with the world at the moment. Is this what 1914 felt like? Or the end of the Roman Empire?

After 200 years of rising living standards are we about to experience collapse?

It's always possible. Nothing guarantees the present will be better than the past, and madmen and bad men can do mad, bad things.

But perhaps we should remind ourselves that there's a lot going right in the world too.

Living standards are rising rapidly all over the world, but especially in Africa, Asia and much of Latin America. The percentage of people in absolute poverty has fallen by 2/3 in the last 50 years. Child mortality is down by the same amount. Malaria's retreating, and so is AIDS. Technologies that seem like magic keep falling into our hands. Undreamed-of knowledge is a click away.

I can show you statistics that unambiguously demonstrate that, on the whole, we're cleverer, cleaner, kinder, healthier, happier and safer than we've ever been.

Contrary to what most people think, the world's getting more equal all the time as people in poor countries get richer faster than people in rich countries. Global warming is currently happening more slowly than we feared it would.

So maybe we should pause to count our blessings.

It's a funny thing but every generation thinks it stands at a turning point in history and that life will stop improving and our children face misery.

As a general rule bad news is sudden and dramatic while good news is gradual and goes unnoticed.

"Why is it", said Lord Macaulay, "that with only improvement behind us we are to expect only deterioration before us?"

Not every silver lining has a cloud in it.