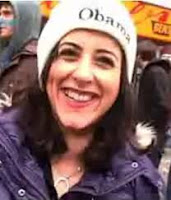 Another reliable source of BBC bias is Anita Anand on Any Answers. Here's how she began this week's edition:

So tell me, just between friends: Are you finding the EU referendum debate a bit...well...boring? If you are, what can the politicians do to engage you? What will Brexit do to the UK's skills base? Is it going to weaken it? Is it going to strengthen it? Particularly keen to hear from you if you're running a business which maybe employs a significant proportion of EU workers. What happens the day after if we leave?

Some leading questions and a specific invitation to people who are likely to be pro-Remain. How very Anita in its impartiality!

Still, there was a fair spread of opinion and little of of the blatant one-sided hectoring from the presenter that can sometimes mar the programme.

There were, however, a few callers who sounded as if they were auditioning for Down the Line and Anita didn't entirely refrain from hectoring either - such as this call which I would be seriously failing in my duties as a blogger not to transcribe in full (as it's pure comedy gold):

Caller: Afternoon. I'm really confused now. For years and years and years I've been a firm federal Europist. With David Cameron's shenanigans - because nobody really believes what he said and it was all done to placate the Tory Party...
Anita (interrupting): What shenanigans are you talking about? The renegotiation - that he could renegotiate from the inside...aha?
Caller: The renegotiations, or whatever you'd like to call it, yeah. They're all done to favour the internal workings of the Tory Party not the national interest. So I then went to 'Out' and I'm now dithering because I really think a strong Europe is a good thing to go, but I actually want to....
Anita (interrupting): I'm confused. So hang on a minute....No. I'm confused. I just want to chart your journey. So you were a strong 'In-y' and now you're an 'Out-y' and I'm still trying to find the bridge that led you from one camp to the other there.
Caller: Because I don't believe what Cameron, and I actually want to...
Anita (interrupting): But, but, but...to not believe what Cameron did means you thought there was a problem. Being an 'In-y' there was something very, very wrong with the status quo that you wanted a renegotiation and you didn't believe that it happened?
Caller: I don't think what he came out with wasn't already there. I think it was just presented as a new way of looking at it.
Anita: OK, but now you've gone from being happy with what was the status quo to being very unhappy with it and wanting to get out and I'm just wondering what it was that pushed you over that edge?
Caller: Well, what I'm happy with..what I'm unhappy with is the way Cameron went about it, and I want to vote 'Out' purely to show I don't want Cameron to crow on the basis he approved a negotiation and we all won.
Anita (interrupting): So the future of Europe is dependent on you basically delivering a slap to the Prime Minister?
Caller: Well, that's my dilemma at the moment because I actually firmly believe in Europe but I actually want to give a slap to the Prime Minister. And I can't find any other way of doing it. But there's a 'yes or a no' not a 'yes and swing about' bit.
Anita: OK, all right, thank you very much.