What do we think of the recent dramatic and lavish  productions on TV? Let’s talk about The Night Manager. Everybody else is. 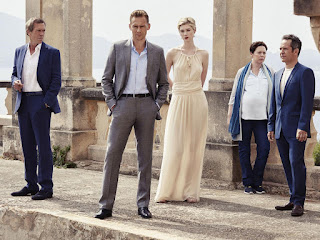 It has caused quite a stir. An interesting thread on Harry’s Place, and Nick Cohen’s article in Standpoint Magazine explore John le Carré’s politics as well as his writing style, his (irr)relevance to present-day global politics, his attitude to the West and possible antisemitism. Did you spot his cameo performance? I did.  The Alfred Hitchcock moment.

There’s no doubt that it was a gripping series, a feast for the eye, fast-paced and full of suspense.

The press has lavished praise on the production.  A piece in the Mirror, headed: 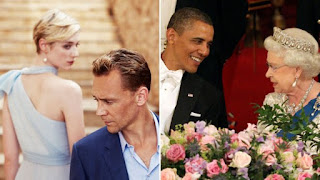 The Guardian has published several articles about it, including ”An “explosively Oedipal climax’, “Did Pine pull it off?”  etc etc.

The Huffington Post was quite interested in the mystery of the quick-drying trousers, and the Times TV critic Andrew Billen had to reconsider, after giving the first episode the thumbs down.

It’s true, the first episode really wasn’t up to scratch.  Apparently you can’t watch it online so I won’t easily be able to revisit the opening scene, which I agree didn’t bode well.  A woman sashayed across a hotel lobby with a loping gait straight out of the ministry of silly walks. What is going on? Is it a comedy? (The Mirror has some fun with it, which  needed doing. Well, someone had to.)
No. Not a comedy. It was a supposedly glamorous, aloof, beautiful, sophisticated woman.

“Sophie, beautiful mistress to the scion of a family of moneyed Cairo thugs, Freddie Hamid.”

Sorry, but this role was badly miscast and (for me) nearly scuppered the whole project. People have also been wondering if Olivia Coleman was right for the part. The jury’s out on that. Sometimes she came into her own, so to speak. Making her pregnant might have been a plot-strengthening device, but the pregnancy itself was unconvincing. She didn’t even waddle, get tired or have to find the little girl’s room every ten minutes. Also, the bump looked lumpy, like a bag of socks.

Apart from that, Tom Hiddleston, Hugh Laurie, Tom Hollander and Elizabeth Debicki were outstanding. I think the director, Susanne Bier pulled it off and the team made some good decisions.  If you were in the mood for suspending disbelief and watching Tom Hiddleston’s clean-cut, good-looking James Bondism, what better way to spend a Sunday night. 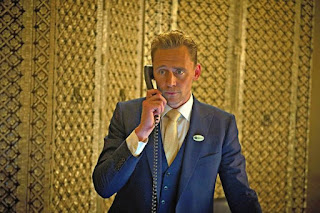 A hard act to follow. I wonder what’s in store for us next Sunday?