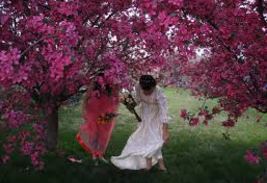 Frankly, given its size and range, every post about the BBC is a 'snapshot'. But 'snapshots' caught over time can (I think) be highly revealing.

Regular readers will know that ITBB has been monitoring both Newsnight and The World Tonight in respect of possible bias over their EU referendum coverage - and I think we're showing some concrete evidence for a pro-Remain bias on both programmes (especially The World Tonight).

(David Keighley, incidentally, takes both stories further at The Conservative Woman - a site whose focus on BBC bias is growing ever stronger).

I've not had time to properly catch up with all of this week's editions yet but I grabbed the first 'snapshot' of both programmes' coverage (since our previous posts) on Tuesday.

That was the night (as per an earlier comment here at ITBB) that Newsnight focused on the opinion polls about the EU referendum.

As per Newsnight....A Remain camp-aligned polling organisation is worried about the discrepancy between Leave-inclined internet polls and Remain-inclined telephone polls. Christopher Cook's report, which may or may not be right, suggested that there's a problem and that, all in all, the scale of the Remain's side's lead may be being underestimated. Whether wrong or not, that certainly would be great news for the Remain camp.

And that same night's The World Tonight featured a 'balanced discussion' on Brexit between two young people - both of whom, despite their youthfulness, sounded like fully-fledged adult politicians (for good and for ill). One was pro-Leave, one pro-Remain, and the presenter was that nice Shaun Ley.

Given the pattern of pro-Remain bias I've been laying out in the past few weeks, I was (as you'd expect) listening for signs of bias.

Confirming that bias, the starting point of the segment was pro-Remain Conservative minister Nicky Morgan's warning that Brexit would bring woe for British youth (i.e. that this speech was considered worth reporting and focusing on).

Shaun quoted some of her warnings in his introduction:

Now, the Education Secretary, Nicky Morgan, has made a pitch for the youth vote....er...er...forgive me....In a speech she delivered today, ahead of the European Referendum, Mrs Morgan - who's supporting the campaign to remain in the EU - suggested the opportunity to become global citizens for young people would be put at risk if Britain votes to leave. She urged them to take part in the referendum and to lobby parents and grandparents not to gamble with young people's future.

To the pro-Remain lass:

Let me ask you first of all then what you make, Jane, of this argument from Mrs Morgan that if's there Brexit you'll be the first to suffer, She says, "When we experience economic shocks, the likes of which we could suffer if we leave the EU, it's young people who suffer first".

To the pro-Leave lad:

Although she did say...or she said, in this speech, that one student she knew of had been told that his graduate offer was at risk if the UK didn't stay in Europe because the firm was considering shifting jobs out of Britain.

It's not a huge imbalance, but it is a clear imbalance.

And, added to the helpful-to-the-Remain-side choice of angle, it's yet more evidence (to my mind) that there's a genuinely significant problem with pro-EU bias at The World Tonight.

[Wednesday's editions of both programmes remain to be reviewed. So the picture may keep changing.