Digby Jones has "had it up to here" with the BBC 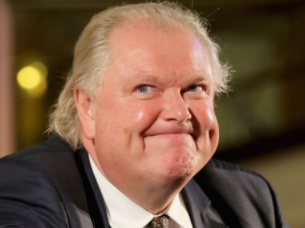 Here's an exchange from this morning's The Week in Westminster, presented by the FT's George Parker and featuring Lord Digby Jones and Roland Rudd.

Digby Jones: I have had it up to here with the propaganda sheets otherwise known as the BBC and the Financial Times just willing, just willing this country to fail.
Georger Parker: Digby, we were getting on so well until then!
Digby Jones: I was just going to say, I do need a bit more unbiased reporting from the Beeb and the FT.  I very rarely read a pro-Brexit story in the FT and I very rarely see Laura Kuenssberg on the BBC saying anything but gloating in the failure of something on Brexit. I just wish...
Roland Rudd: (interrupting) Well, come on!
Georger Parker: Roland, are you going to defend the FT and the BBC?
Roland Rudd: Definitely! We have to deal in facts...