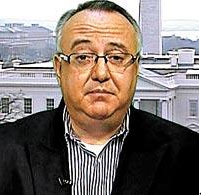 I have to say, regardless of his long and, er, distinguished record as far as BBC bias is concerned, that the BBC's Europe Correspondent Kevin Connolly is a very stylish contributor to From Our Own Correspondent and I've enjoyed many of his recent pieces.

His piece on why it's hard to be a Kevin in France has me chuckling along (there's a BBC website write-up here) and today's piece on his first trip to the continent in 1972, the year before Britain entered the European Community, made me smile several times too.

.... Kevin was to make rather heavy weather of the fact that back in 1972 people in the UK used to refer to mainland Europe as 'The Continent', as in 'We're going to The Continent this year'.

The funny thing is that I, who was only just out of my terrible twos in 1972, still talk of 'The Continent' when thinking about mainland Europe. I've probably done it ever since I learned to speak. Worse, I've even been saying it in the past few weeks, given that I've been telling people (and am now telling you) that I'm having my first holiday on 'The Continent' for eight years later this year. It's obviously just something I unthinkingly say.

I didn't realise that people don't say that anymore, apparently. Or that it's a relic of the past that needs putting in inverted commas whenever it's recalled, apparently.

Unless people do still say that and it's just Kevin Connolly, other BBC types and assorted Europhiles who can't believe people ever used to say such a thing.

I don't know what the point of this post is but it was occupying my mind so I thought I'd share.
Posted by Craig at 20:11

Labels: 'From Our Own Correspondent', Kevin Connolly