On this evening's PM Chris Morris from the BBC's Reality Check gave PM listeners his take on the question, 'What happens if there's no deal between the UK and the EU?'

Being the BBC's Reality Check, this wasn't one of those 'on the one hand, on the other hand' kind of pieces, sketching out different point of view. Oh no, this was the BBC handling down its own 'objective' take, its final ruling on the matter.

So prepare to hide behind the sofa as a full transcript in on the way:

Thanks Eddie. Yes, if negotiations break down irretrievably why can't we simply walk away?

Well in theory we can. We could repeal the 1972 European Communities Act, refuse to pay any financial settlement and in effect dare the rest of the EU to turn their backs on us.

But the immediate effect of doing that?

In terms of the economy tariffs would be imposed overnight on goods moving between the UK and the EU  - 3 or 4% on many industrial parts, for example, but roughly 10% on car parts and up to 30 or even 40% on some farm produce. '

OK', you might say, 'but that would hurt them as well as us surely?'

It would, yes, but they could still trade with each other without barriers and still take advantage of the EU's free trade deals around the world.

We'd basically be starting from scratch.

Of course it's not just about tariffs on goods. Most of the UK economy is based on services, which would suddenly lose the unimpeded access they now have to the EU.

But perhaps the biggest challenge of no deal is that many of the basic rules that govern so many aspects of our lives would cease to exist.

So there'd be no customs arrangements and, to begin with at least, you have to presume that nothing would move.

What would immigration policy be? Would EU citizens here and UK citizens there suddenly become illegal? Technically that's possible.

We'd also, overnight, cease to be members of a host of regulatory bodies that you've probably never heard of but you'd certainly notice when they were gone.

For example, if we suddenly left the European Aviation Safety Agency without any replacement planes couldn't legally leave UK airspace for Europe, or even the United States, because we automatically leave the EU-US Open Skies Agreement as well, and it guarantees landing rights on both sides of the Atlantic.

We've heard a lot in the last few days about Euratom, the European nuclear regulator.

Given time we can set up our own independent versions of all of these if we want to, but we certainly can't do it overnight.

So no deal would be a sudden dramatic rupture.

Would we recover? In time yes. Probably trade can't grind to a halt forever.

And there are those who think it's worth it. Ukip put out a statement just today saying it's time to call it quits and walk away.

But many people in politics and especially in business think no deal would be a disaster for our economy and for our standing in the world. 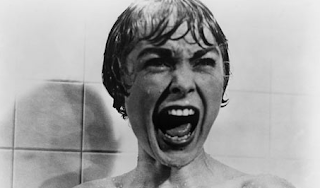 Now, although we bloggers are meant to be experts on everything (and, of course, we usually are), I'm certainly no expert on this, and Chris Morris could very well be right in giving us all a healthy dose of undiluted 'reality' here (and what he says certainly chimes with a lot of what Dr. Richard North at EUReferendum is also saying the consequences of 'no deal'), but the sheer negativity of this report was striking and unremitting, and the tricks of rhetoric he deployed to shore up his arguments were far too loaded; and, thus, the whole thing came across to me as a wholly one-sided opinion piece.

And after listing all the Year Zero pits we would throw ourselves into by going for the 'no deal' or 'just walk away' option, he made just about the most halfhearted sop to impartiality I've ever heard by saying, "Would we recover? In time yes. Probably trade can't grind to a halt forever".

And after laying out all the negatives (without any possible positives), he then basically ended by saying 'This is what UKIP wants but most others think they're wrong'.

So does reality have an anti-'no deal' bias? Or does Chris Morris have a pro-'Project Fear' bias?

I'm going for the latter, but please feel free to disagree (as ever).
Posted by Craig at 19:40