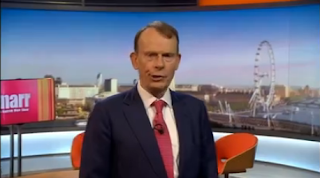 So good news all round, folks. It turns out there is money to spend on social priorities after all. Glossy and waving golden in the summer wind, the magic money tree has been discovered at last. But, sorry, some bad news just in - it only grows in Northern Ireland. Across the rest of the country, Tory ministers are now going against their own manifesto and openly lobbying for the magic money trees of their own. Labour is behaving as if they won the election but - just as interesting - the Tories are now behaving as if they'd lost it. With me this morning the leading Brexit campaigner who launched his own leadership campaign before being sacked by the then-triumphant Theresa May. Now she's brought Michael Gove back as Environment Secretary. Wonder if magic money trees are part of his brief? Jonathan Ashworth, Labour's health spokesman, would like to give the tree a shake - but how generous is the Corbyn team really going to be to hard-pressed public workers? And in a week when Parliament has really started to flex its muscles, two backbenchers who've been making the news - Labour's Stella Creasy and the Conservative Heidi Allen. Heidi will be reviewing the news alongside the author and anti-capitalist campaigner Naomi Klein and the pro-capitalist Tim Stanley from the Daily Telegraph. But some light relief as well. I've been talking to the creator of Downton Abbey, Julian Fellowes, about his new musical version of The Wind in the Willows. All that after the news read for us this morning by Ben Thompson.

If anyone watched this morning's show, your thoughts on it are welcome below. (I'm off out now). Was Andrew Marr 'Mr Impartiality' throughout (all personal views firmly repressed)? Or not?
Posted by Craig at 12:18