A Wringing of Hands 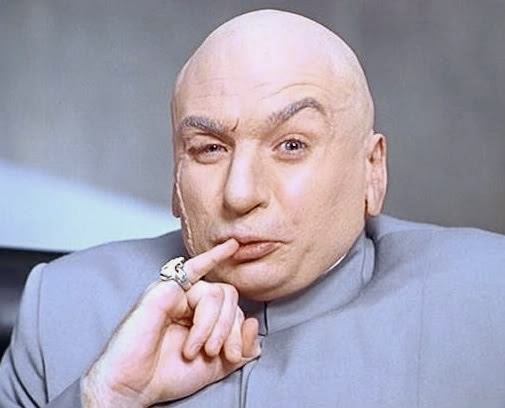 All's fair in love and war, but can the same be said for bloggers about BBC bias?

As I'm not at work today and was up early (as usual), I thought I might listen to this morning's Today and chronicle its bias in detail for your delectation. Unfortunately, I couldn't really find any - except, perhaps, for that hands-off Justin Webb interview with Peter Hain (see the previous post).

Now, when I say "unfortunately" what, of course, I should have said was "fortunately" because bloggers about BBC bias aren't supposed to want bias. We're supposed to dislike bias so if we don't find any we ought to be happy about it.

Except, strangely, we aren't. Like policemen we need a steady flow of criminal activity to 'keep us in a job', meaning (as you may have guessed) that bloggers about BBC bias need to receive a regular supply of bias in order to keep our blogs busy (even if our blog's name contains a question mark and implies an open mind on the issue).

What if we listen intently to an entire edition of Today and fail to find any significant bias though? Should we keep quiet, or should we acknowledge the fact on our blog?

Ah, but wouldn't that let 'the side' down, wouldn't it? Give succour to 'the enemy' (the BBC)? Disappoint the blog's readers?

Maybe the blogger in question should look harder, listen again more intently. The bias is bound to be there, surely.

So, no, that line of attack on the BBC won't work. After all, you can't credibly accuse Today of pro-EU bias if John Humphrys has spent most of the interview you're attacking doggedly pushing a popular anti-EU talking point, can you?

OK Mr Blogger, you're going to have to listen more widely then. Were the other guests on the subject pro-EU?

Gotcha, BBC!...sort of. A Times Europe correspondent who didn't give any clues as to his own orientation EU-wise can be discounted but look who Today had on to talk about the £1.7 billion EU demand before the 8 o'clock news - Ken Clarke, King of the Conservative Europhiles. No Eurosceptics in sight or sound today. Aha!!! 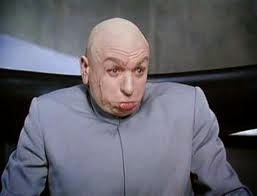 Yep, could run with that...if I simply choose to ignore the fact that David Cameron's man in Europe, Lord Hill, was on yesterday's Today and Eurosceptic Tory MP David Davis was on earlier in the week (and he's willing to countenance withdrawal from the EU), so...er...no, I can't really, honestly, in all conscience, run with that after all... unless I point out that no one from UKIP was on Today this week making the 'withdraw regardless' case. Yes, I suppose I could do that...at a push.

Maybe I'm too squeamish. Sod scruples and honest blogging, why not just bash the Beeb with anything that comes to hand? Channel my inner Machiavelli in a good cause? Readers who hate the BBC are unlikely to object. They might (if I'm lucky) even back me up. Hmm.

OK, here's a report from the BBC's Moscow correspondent Steve Rosenberg. He's reporting present-day Russian feelings towards the collapse of the Berlin Wall. It's fascinating, worrying stuff, using Russian 'talking heads' to show where Russian public and official opinion now stands, 25 years on. This is what reporting from Russia should be doing, telling us what most Russians think - however strange and wrong-headed we may find it. Apparently, they like the freedom of travel that followed the collapse of the wall but think the West was mean to Russia and that NATO shouldn't have expanded to their borders and taken away their lovely sphere of influence and superpower status. They blame the war in Ukraine on us too.

Still, what if, channeling my inner Machiavelli, I might try to claim that the views expressed by the Russian 'talking heads' were actually Steve Rosenberg's own opinions? That he - a BBC reporter - was espousing Soviet, Putinist propaganda? It's a big, big, big stretch but, yes, I might (fingers crossed) get away with it. It would be shameless but, hey, all's fair in love, war and blogging about BBC bias, isn't it?

I'll dig around on Google. What's this? He studied Russian at university and spent a year studying in the old Soviet Union. Could I go with the "he must therefore be a commie" angle? No, better not. That wouldn't make the blog appear very credible.

But still...hmm, yes, it's very, very naughty, but I might just be able to get away with it after all. Readers might not actually bother to listen to the report, despite me linking to it, and even if they do they might still be inclined to join in the attack on Steve Rosenberg simply because he's a BBC reporter, and anything goes as far as they're concerned. Or they be very kind and not comment at all, refraining from dissenting from my outrageous attribution of those Russian opinions to Steve Rosenberg himself out of sheer politeness or an understandable unwillingness to appear to be stepping outside of the blog's groupthink (which, as we all know, we must never, never do).

No, I still can't bring myself to do that though. It would be wrong. It would be dishonest and unfair to Steve Rosenberg, whose report was excellent. I'd feel the need to wear sackcloth and ashes if I did so and I much prefer wearing comfortable modern, middle-aged-man-type things. I prefer a clean blogging conscience too.

What to do then? I suppose I'll either have to post nothing about this morning's Today (other than the thing I've already posted) or, if I'm feeling less cowardly and don't want to feel as if I've wasted three hours of my life, post some piece saying that this morning's Today was OK, bias-wise, whilst still wringing my hands about it like a Guardianista.