Can I ever be as hip as Mark Mardell? 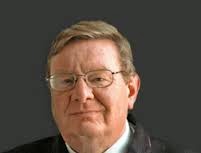 As per the previous post, can we simply do a Mrs Merton here and ask, "So, Denis, what first attracted you to the BBC's pro-immigration/pro-EU Mark Mardell?"

Today's edition of The World This Weekend did feature a range of voices on matters of EU immigration [and, yes, it was that kind of immigration which was the focus of the coverage rather than the much more 'dangerous' topic of non-EU immigration].

Why would Denis MacShane (arch-pro-EU, pro-immigration) approve of that cast list, even with all of those Conservatives? Was he, because of that range of voices, disinterestedly admiring the programme's commitment to impartiality? Or did he detect a bias he liked?

Well, I imagine he felt that the Bruges Group members did their side few favours, especially the woman who launched a quite extraordinary attack on the viewing habits and lifestyles of...well, of people like 'white van man'. And this weekend of all weekends, following the Emily Thornberry affair.

Although she might well have been right that such people should stop watching crap TV and start thinking about the EU instead [although some people may be able to watch I'm a Celebrity and hold a view on our EU membership], it sounded snobbish. Unfortunately for her, her 'posh' voice may not have helped. She sounded like Margo from The Good Life having a really good rant. 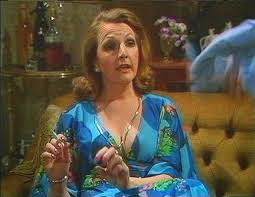 I bet the World This Weekend team couldn't believe their luck. I bet Denis MacShane laughed his head off on hearing it, and anyone listening at Labour HQ might well have popped open one of their many champagne bottles.

Denis MacShane would have also enjoyed the UKIP-denouncing Portuguese immigrant in the lovely-smelling eating place. (Diverse Food R Us).

He would also have liked the way that Mark Mardell's introduction to the vox pops bit about how we all hate the main political parties wouldn't come as wholly good news to UKIP either - even though what those people said was, by and large, clearly much more favourable to UKIP than towards the other parties.

And we know he approved of Stryker McGuire's contribution. Stryker, of course, will be familiar to fans of 'Dateline London'. He's one of the regular cast on that programme and his views aren't out-of-the-ordinary there, even though he's one of the more cautious guests in expressing them. In his short audio essay today he (cautiously but clearly) said that we Brits, having lost our empire, are now looking inwards. He used to feel that Britain wholly benefited from immigration but he now sees us worrying about it, and dividing over it, and our mindset may not be as flexible as the American mindset, which - because it's such a huge country - always yields to immigration in the end. He sounded rather wistful about our fate.

Yes, I can see why Denis MacShane would have enjoyed all of that.

While we're on the subject of today's World This Weekend, the programme did deal with the Emily Thornberry affair [cue another Twitter storm from Labour activists] but did so in an unusual way, by interviewing hip photographer Tom Hunter.

Tom is quirky and appeals to the Guardian.  He likes people flying England flags, as it's no longer a racist National Front kind of thing but more of a fun, football-related thing. He also likes people putting up OTT Christmas displays outside their houses (as, indeed, do I - and the more colourful the better).

Tom is best known for this image, which Mark Mardell talked to him about - and tweeted about - today - his Vermeer-like photograph of a squatter, Woman Reading a Possession Order: 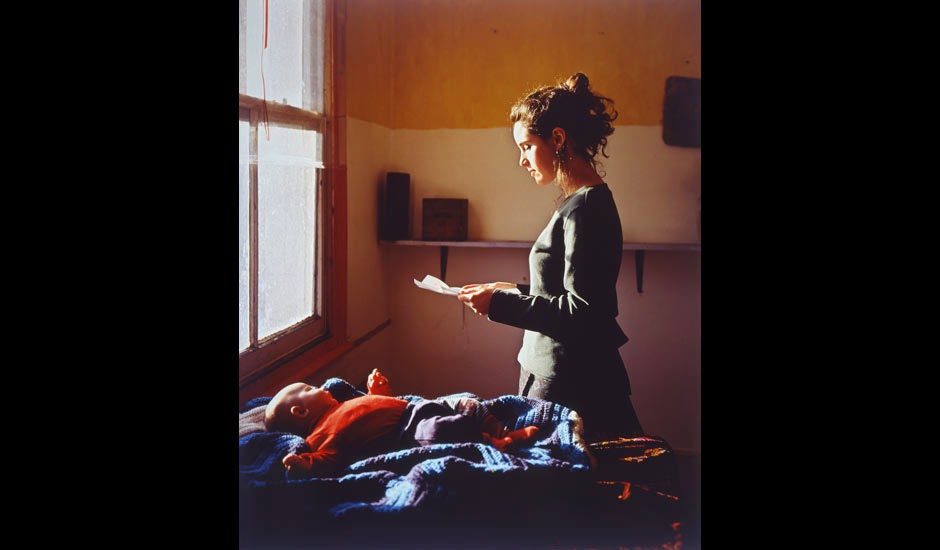 He did make it clear though that he does like the ultra-hip Flaming Lips.

I will admit (high court judge-like, Bruges Group lady-like) to never having heard of the Flaming Lips before today. Googling them, I now know they're the kind of group that hip people like.

So if I now immerse myself in Flaming Lips songs I too could eventually become as hip as Mark Mardell?

Well, I've been listening to the Flaming Lips for two hours now and, yes, I'm becoming hip. I liked that Tom Hunter photo, and many of his other photos too. I've been comparing a Bruges Group lady - many of whose views I agree with and who sounded perfectly good-humoured - to Margo from the Good Life......

Give me two more hours and I'll be 'following' Denis on Twitter, waving an EU flag, buying Owen Jones' book on Amazon, putting up a Russell Brand poster, and applying to join the rest of the Labour activists booing UKIP and the Tories, the Tories, the Tories on Question Time.
Posted by Craig at 15:52