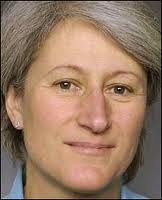 The main moan featured on this week's Newswatch came from viewers complaining of BBC bias against Ed Miliband and the Labour Party, regarding questions about his leadership.

The read-out complaints asserted that the BBC was being mean to Ed, following the lead of right-wing papers and speculating like crazy on a non-story based on rumour and anonymous sources.

That reflects what I'm seeing on Twitter. The Twittersphere hashtag #bbcbias has been full of little else this week. Very broadly speaking, half of those bias allegations come from Labour supporters seeking to dominate the social media debate [and "back Ed"] and the other half come from embittered Scots Nats gloating at Labour's discomfort.

The BBC's defence was put forward by Sue Inglish, Head of Political Programmes for the BBC. She replied that it's a genuine news story based on genuine grumbling from Labour people. She sneered at the idea that the BBC was following the lead of 'the Tory press' by pointing out that it was the left-wing New Statesman that got the story rolling. She said that BBC reporters had extensively rung around Labour people, confirming the reality of the 'rumours'. She said the BBC had reflected the views of all sides.

She was going quite well, speaking like a consummate BBC communicator, until Samira Ahmed began pushing her on the question of the anonymity of the Labour grumblers (the lack of 'named sources'). Then things fell apart somewhat for her.

She sneered at the idea that the BBC would have run the story for so long "with nobody on the record". Samira repeatedly pushed her then to actually name someone who had gone on record as saying that they were unhappy with Ed's leadership. She tried to plough on and ignore the question - just like a slippery politician -  until (with the pressure building) she finally, swiftly conceded that nobody had gone on the record after all ("OK", said Samira at that point, pushing matters no further). She then continued to talk.

Even if she was in the right, that kind of obvious (but unsuccessful) evasiveness really doesn't look good.

Samira then re-pushed the same points, adding that viewers were miffed that the BBC had been reporting the newspapers front pages critical of Ed Miliband and were, thus, betraying the BBC's duty to be impartial by "amplifying" them. That, frankly, is a mad point [which Samira was, doubtless, accurately reflecting]. Such points are never worth taking seriously. Of course unwelcome newspaper fronts pages will be spotlighted, especially if the story involved is leading several newspapers on one day. To accuse the BBC of "amplifying" them simply by showing them and talking about them is just silly.

Sue Inglish then "refuted" all the charges of pro-Tory bias. As well she might.
Posted by Craig at 17:30