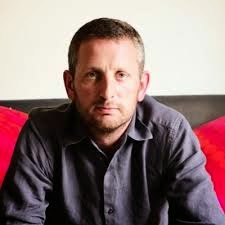 A whole week has gone by without us doing a post about Jon Donnison. (Yes, I know. Can it really be that long?)

His misdeeds on Twitter are fast approaching a scandal but that doesn't seem to stop the Sydney-based BBC correspondent from pouring out a daily diet of tweets and re-tweets about Israel and the Palestinians. Nearly all of the ones about Israel are from an unsympathetic perspective. I can't recall a single one that's unambiguously positive about Israel. If he could just bring himself to tweet or re-tweet good news about Israel as well as bad things it wouldn't be quite so bad, but he just can't bring himself to do that little thing. (And, as for RTs, #Tags not endorsements, well, pull the other one Jon!)

His tweets about non-Israeli matters, including those from Australia - whose current affairs he's meant to be covering - tend towards the trivial, as if he's not really bothered about them (unless it relates to 'Islamophobia' in Australia). His obsession with tiny Israel and the Palestinians remains at the heart of his work on Twitter.

And it is work. Few BBC reporters have made Twitter so central to their work as Jon Donnison.

Unlike with those myriad BBC reporters who don't use Twitter in so public and 'professional' a way, if matters if Jon Donnison is overwhelmingly biased on Twitter. Some of his past tweets have risked doing great harm to Israel's reputation, including his infamous re-tweet of an injured Syrian girl's image as if she were a Gazan girl hurt in an Israeli strike.

He gets away with it by just managing to keep on the right side of tweeting something sackable. He has that down to a fine art, but he skates so close to the edge, week in week out, that one day he might come a cropper.

Since August, he's linked to or re-tweeted many things. Doing a count of all his links over the past three months produces the following figures for the frequency of his promotion of particular media sources.

What follows will list the totals first for Israeli news sources - the main English language ones being, moving from the Right to the Left (roughly-speaking): the Jerusalem Post, The Times of Israel, Ynet and, furthest left of all, Haaretz ('the Guardian of Israel'). How many times has Jon linked to each of those?

So I think it's more than safe to conclude that Jon Donnison is a Haaretz man.

But what of the UK media outlets (other than the BBC)? How many times does he retweet/link to each of them?

Well, I think we can just as safely say that Jon Donnison is a Guardian man, thus more than living up to the stereotype of the BBC reporter who pretty much sticks to reading the Guardian.

What does that tell you about the BBC's Sydney correspondent?
Posted by Craig at 15:40