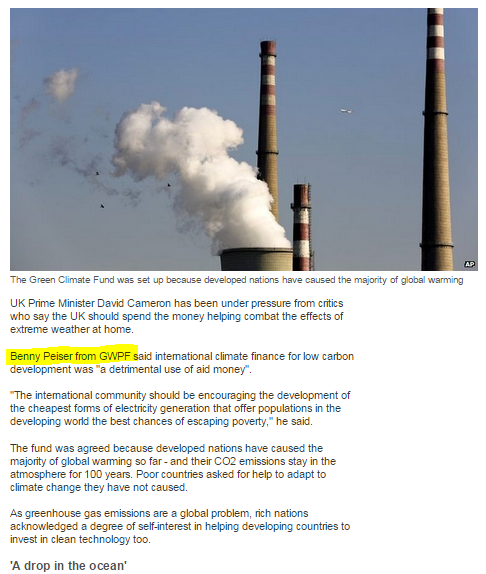 A cached image of an earlier version of the same article, bearing the identical timemark, says something a little different: 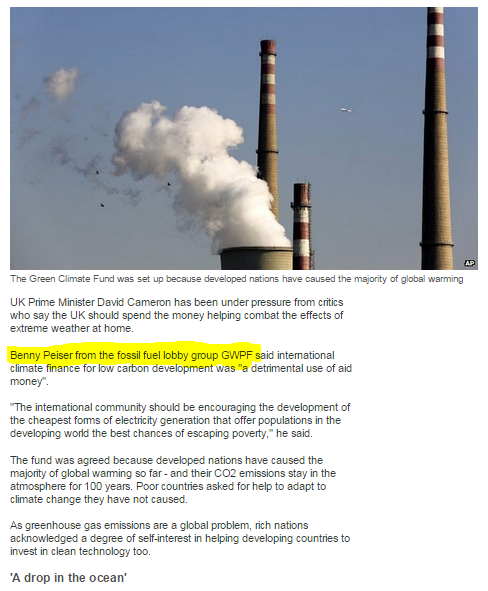 It looks as if Roger Harrabin had second thoughts about using such loaded language to describe Nigel Lawson's organisation and enacted what we tend to call in these parts a 'stealth edit'.
Posted by Craig at 20:21