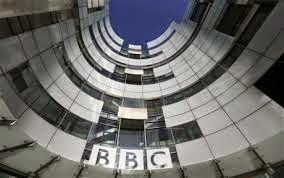 You don't have to be a Conservative or a woman to appreciate Kathy Gyngell's latest article at Conservative Woman: We need a road map on how to quit the EU. Don’t expect head-in-the-sand BBC to help.

Kathy wonders why the news of the huge shortfall in EU spending of £259 billion, to which Britain might be asked to contribute some £34 billion, will have come as a surprise to most people. She blames the BBC.

And I think she's right to say that the BBC failed to forewarn the British public about the hole in the EU budget and, more generally, that the BBC has long underplayed the negative effects of EU membership. As for this "financial catastrophe in the making",

They kept the British public in the dark by virtue of that BBC default - bias by omission.

You can either put their indifference down to their being part of a liberal metropolitan conspiracy whose main concern was to avoid reporting the encroaching powers of Europe.  Heaven forfend that they should thereby antagonise the public and made them more Eurosceptic than already.

Or you can accept the BBC’s own excuse (on the rare occasions that they have ‘fessed up’) that much of what takes place in Brussels and Strasbourg is complex and boring and the British public don’t want to know - the lazy excuse of an organisation that had weakened its own raison d’etre by its continuous dumbing down, as the Daily Mail's Stephen Glover once put it.

She cites other examples of the BBC's failure to "educate and inform" over the issue too, but this specific example is an interesting one to stick with...

It's always unwise to baldly state that the BBC hasn't reported something, but it often has, somewhere, and you just haven't spotted. That said, I haven't seen or heard anything about this on the BBC - which, given that it sounds like a major story, ought to be surprising.

Have any of you seen or heard much - or, for that matter, anything - on the BBC about this astonishing revelation from the EU auditors? Have you seen it on discussed on Newsnight? Or heard it debated on Today or PM?  Or read articles and op-eds about it on the BBC News website? Or read blogposts about it by the BBC's Europe editor Gavin Hewitt? Or seen tweets about it from Hugh Sykes?

In other words, is Kathy Gyngell's BBC "bias by omission" over the EU's failings on display again?
Posted by Craig at 17:29