Did Duncan Weldon misspeak on 'Newsnight'? 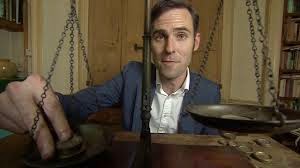 Did you spot what former-TUC-chief-economist-turned-Newsnight-economics correspondent Duncan Weldon did last night?

Before we look at the detail though it is worth remembering, you know, immigration in general, European immigration, is not a drain on the public finances. In general migrants contribute more than they take out.

Now, that's a potentially misleading way of putting it, isn't it? I took him to mean that all immigration, including EU immigration, is not a drain on the public finances and reacting with surprise to what he'd said.

His sentence structure made that a reasonable reaction, don't you think?

The idea that immigration as a whole benefits the UK was only the BBC's spin on the recent findings about immigration. A recent, controversial UCL report found that, yes, EU migration does indeed benefit the UK economy but that non-EU migration is a huge drain on it.

Specifically, those findings were that EU immigrants boosted Britain's finances by £4.4bn in 17 years but that those from outside the EU cost us £118bn. [If you recall, the BBC massively played down the latter figure - unlike most other media outlets].

So did Duncan Weldon "misspeak" with his repeated "in generals", and in fact mean only EU immigration (as per his sub-clause)? Or did he elide the two things intentionally?

P.S. It has to be added that the UCL reports findings about the positive economic effects of EU immigration were strongly contested by Migration Watch among others and that its chief author was accused of pro-EU bias. It seems that Duncan Weldon - like the rest of the BBC - just accepted them.
Posted by Craig at 10:07