A jeremiad from Andrew Marr 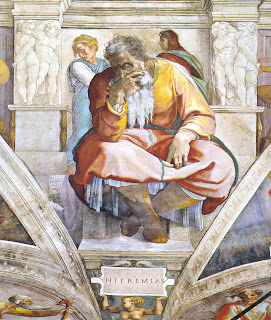 Andrew Marr has an interesting piece in The Sunday Times, headlined 'We were once the fierce and terrible zealots but now have only shallow gods'.

His point is that we in the Christian West used to be exactly like Islamic State & Co. back in the day. In the name of our religion, in the medieval and early modern period especially, we did many of the insanely brutal things that IS is doing now, from irrational punishments to unspeakably cruel wars, via cruelty towards woman and gays and vicious theological quibbling:

It sometimes seems to me that Britons of the 21st century are being attacked not by something “out there” but by our earlier selves, the angriest Scots and English of the 17th century — as if, ghostlike, our own persecuting, fanatical forebears had returned to modern streets. We went through the Enlightenment, of course, but in key ways this is less a war between parts of the Middle East and parts of the West than a war between 2015 and, say, 1536 (the year William Tyndale went to the stake).

The problem for us now, he goes on, is that our modern Western society now has little to counter such people. We have lost our faith and our fire. Our society has become a mere husk of itself, "an almost wholly material civilisation", thoroughly "shallow" and "sleazy", engaged in little more than "frantic consumption".

Against our "thin gruel" (a gruel spiced with "daft fantasy", "conspiracy theories" and "extreme politics"), they - the Islamists - offer the "excitement" of "a bigger, more dramatic, more meaningful narrative" and a world of meaning:

We simply see the blood and screaming. They see the world throwing up brighter colours and harsher, desert shadows.

The problem with Andrew Marr's jeremiad (or rant) - as he himself must surely have realised? - is that, even if we accept his own bright colours and harsh, desert shadows here, he offers no solutions whatsoever, preferring a mere counsel of despair instead.

He rules out a mass return to the Christian faith as impossible ("You can’t unwrite Darwin, you can’t unthink Einstein or forget Galileo") but offers nothing in its place. He simply contents himself with  bitterly lamenting the state of our society and its morals and suggesting, Private Fraser-style, that we're doomed, doomed:

It’s funny — except that we really are at war. With all its revolting brutality, fascist Islamism knows the blindspots and weaknesses in western culture. There is a sleazy, materialistic shallowness about it that we don’t much enjoy, either. Those bastards really are medieval — that’s the point — but they have found us out.

It's a thought-provoking piece though, in that there's obviously some truth in what he's saying. We haven't got a grip at the moment, and we need to get one.

Being a good deal less apologetic about ourselves might be a good starting point. We have a long, broad, deep, often breathtakingly beautiful culture built on Judeo-Christian foundations that we should be strongly proud of for starters. Our history of science is just as glorious. Our history has been a complex tale of triumph over adversity, worthy of continued (though not blind) celebration. We are also the birthplace and cornerstone of ancient and modern democracy, the least bad system of government ever devised. And so on... 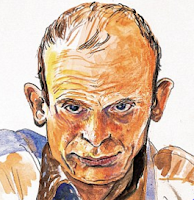 Anyhow, returning to the main subject of this blog...

Here's another paragraph from Andrew Marr's article which I think is highly characteristic of BBC on the subject of the benefits of mass immigration (and Donald Trump!):

Like the Muslim version now, those wars provoked vast, history-changing migrations of desperate refugees. These transformed Britain for the better, because we got the Huguenots with their technical and mercantile skills; and on a rather larger scale, it provoked the first great European migration to North America, leading eventually to Donald Trump.