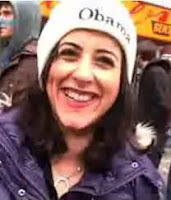 My bumper Christmas edition of the Spectator arrived through the door yesterday and I had a good laugh today reading James Delingpole's Twenty things I will ban when I am elected your Dictator For Life in 2016.

(Of course, some of you might have read it for free online, but I'm not going to let my inner fury about that spoil my fun!)

You may have read something like that on this very blog many, many times before but it's good to know that we're not alone.

Following on from the previous post, noting the BBC's online downplaying of the findings of anti-Semitism by Ofsted, guess how Anita Anand - the "frightful woman" in question - introduced the subject today?

Yes, by also completely cutting out the anti-Semitic element. Oh, and by removing the Muslim element too:

Good afternoon. Welcome to Any Answers? Ofsted has discovered unregistered schools in Birmingham which are peddling what they are calling "misogynistic and homophobic" education.

No, Anita, Ofsted are actually, unequivocally, calling it "misogynistic, homophobic and anti-Semitic" education. Why on earth is Anita Anand also missing the 'anti-Semitic' part out?

So, is the home school system itself too open to abuse? Do your children maybe go to an unregistered school?

And Anita's next question, generalising away from the 'Muslim' question?:

Should we say 'no' to all types of segregated learning? What about faith schools? Are they OK? I mean, they are religiously exclusive too. I'd love your thoughts on that.

Her first caller, however - Neil Winton - came straight back at her, albeit politely not putting her in the frame:

The first question gave me a bit of a problem because it was explained as a story about corrupt education in schools and it didn't mention the crucial element of the newspaper story that it came from - that this was a Muslim education institute. Your chairman should have explained this so that it wasn't completely mystifying to your audience and your four fearless opinion formers should have mentioned it too, but they all skirted around the issue and didn't mention the fact that these were... these schools being criticised were Muslim schools.

That seems to me [continued Neil] to be rather a shirking of responsibility on the chairman's part, apart from the participants too.

Anita then leaped in:

Neil leaped back at her:

No, there were three points. The points were that they were being taught homophobia and, erm, anti-...er...Jewish...er...

"Anti-Semetic?" offered Anita, interrupting [and pronouncing it exactly as I transcribed it - ie. as 'anti-Semetic' rather than 'anti-Semitic'] - thus obviously revealing that she knew about that aspect of the Ofsted report all along (so why not mention it earlier?)

...anti-Semitic, yeah. So that gives the clue I think as to what we're talking about here [continued Neil] that your chairman...

Anita began interrupting again, saying "But what exactly...yeah", but Neil ploughed on:

...and your panellists wouldn't talk about there. 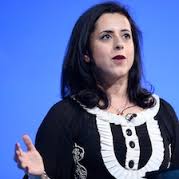 As per James Delingpole, the hectoring presenter of Any Answers? [as her tone really did sound pretty 'hectoring' here] then disapprovingly huffed (as if that wasn't a good enough reason by itself to ring Any Answer?):

Well, apart from berating them what was the point you wanted to make?

Neil, having made the main point he wanted to make, he could make no other immediate answer than:

Well, apart from that, well, there was no point in having answers to a question where the main point isn't mentioned...

...which, obviously, brought Ms Anand panicking right back in, "All right, well, let me...let...", but Neil's attempts to continue and give that other "point"..:

I do. The second item was on Donald Trump and how outrageous he is about his references to Muslim immigration. Your participants have fallen into the very trap that makes Donald Trump so appealing to some people. They didn't mention it themselves, so they censored themselves on the previous question and then they had the audacity to criticise Donald Trump for actually mentioning what some people think is the truth.

All credit though to Anita here for not instantly indulging in her usual behaviour and responding, "OK, that's interesting. So you would actually say that Trump dares to tread where others don't?"

"And you applaud him for that?", continued Anita, not allowing him an immediate response but seemingly thinking aloud and saying, "I mean I want to know where you're coming from as far as...I mean, if we're coming onto the Trump point of view..."

Well, we come onto the issue of freedom of speech and will the BBC censor that? And...

Answer: Anita crashed back in. Here's the exchange:

Anita: I'm not censoring...
Neil: [hard to decipher the first bit as Anita was talking over him...]...all the time.
Anita:....Look...
Neil: ...but you're not doing it now. No.
Anita: Neil, there's not much point talking about censorship when I'm asking you direct questions and allowing you time to speak. Tell me whether you think Donald Trump is speaking for you and whether there should be more of that kind of sentiment that's expressed.
Neil: Well, he's not speaking for me but he does attempt to tell the truth as he sees it. and...
Anita: Well, everybody tries to do that Neil, but is that something that...
Neil: Yes they do but when your audience want to ban him...and...
Anita: OK.
Neil: ...some people don't but we don't want to ban him. We want to hear what he's got to say and disagree if we do...
Anita: OK.
Neil: ...and...
Anita: OK, and a direct question to you Neil: Do you disagree with what Donald Trump has been saying?
Neil: Yes, I do disagree, yes.
Anita: OK. OK. Thank you very much. 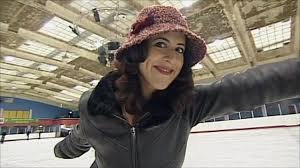 As soon as Neil had gone, Anita did what she so often does. She read out the phone number for Any Answers? and continued the argument with the previous caller - with the added benefit (for her) of him having gone and no longer being able to answer back!

She started, chewing on the same bone, by saying "No censorship here. You're all welcome to call", and then introduced her next caller by going straight back to Square One - ignoring the chief inspector's concerns about anti-Semitism and focusing on her original point:

Good afternoon. Now you also wanted to speak about this Ofsted inspection. So let me make it very clear: Ofsted. They made a report on unregistered schools. That's what they were talking about. And their main worry, according to the chief inspector, was misogynistic, homophobic education being taught, teachers who were not registered and not cleared in any sense of the word. And also lack of hygiene in one particular school was fairly disgusting in their...Chris, what did you want to say about this?

Quite what Chris said, or anyone else said, in response to that I really can't say and I'd had enough of Anita again by this time....and, amazingly, we were still only five minutes into the programme.

James Delingpole's Speccie piece was meant to be light-hearted festive fun, but his point Number 9 is both spot on and bears repeating in the light of what's gone before:

I suspect Neil Winton would second (or third) that!
Posted by Craig at 19:50