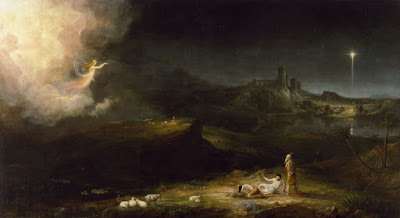 Please read the ever-excellent Daphne Anson's take on it - The BBC & the ABC's Sophie McNeill Have Themselves A Merry Little Christmas:

The Christmas story, with its cast of supporting characters, has again given the BBC (step forward Yolande Knell and Co.) the chance to spin some anti-Israel propaganda lite via a series of specially made videos with modern residents of Bethlehem standing in for those in the familiar narrative.

The people selected are no doubt good and worthy individuals, but it is the propagandistic use to which the BBC intentionally puts the interviews that sticks in the craw like a swallowed sixpence from a traditional Christmas pudding.

The propaganda shows this year in the interview with the "shepherd" and the "wise man" where the BBC has fun with its "Israel says" that comes up on screen.  It's as if to tell the audience: "Nudge, wink, well they would say that, but we don't believe them, do we?"

The interview with the shepherd is hardly balanced, with its male reporter saying: "Look how much injustice and grievance there has been on this land"...

It would be wrong to claim that the BBC never draws attention to the plight of persecuted Christians around the world.

But it seldom does so.

Yet, by contrast, it never misses an opportunity, at this time of the year, to air the grievances, real and imagined, of Christians in Bethlehem, because that provides as much fodder as Joseph's donkey could eat for a week in providing nourishment for the Israel-bashing cause. 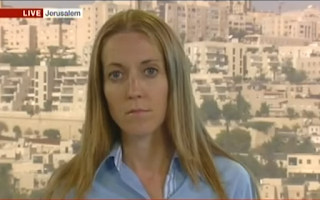 And Hadar at BBC Watch also gives it both barrels. It's not just the title of her piece, BBC’s Knell yet again politicises Christmas in Bethlehem report, that doesn't pull its punches:

The Christmas season inevitably brings with it opportunistic, politicised messaging from the BBC’s Jerusalem Bureau and this year was no different. Apparently short on fresh ideas, Yolande Knell casts local residents in the role of nativity story figures in her report titled “Christmas in Bethlehem: Hopes and fears for the future” (December 24th, BBC News website Middle East page) – a device she previously used in her 2011 seasonal report.

Including both text and video clips, the report promotes the themes of a low-key Christmas and economic hardship for Bethlehem residents. No mention is made of the Palestinian Authority’s instructions to municipalities to dampen this year’s celebrations or the Council of Churches’ similar dictate......

......Yolande Knell’s selective portrayal of Christmas in Bethlehem is clearly designed to promote a political agenda and there is no reason to be surprised about that given her past record and her openly displayed identification with such political causes. Amazingly for a media organization supposedly committed to accurate and impartial reporting, the BBC continues to countenance her annual exploitation of Christmas for the opportunistic force-feeding of its audiences with trite anti-Israel delegitimisation.