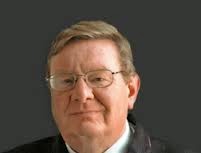 Thank you to the commenter who pointed out on an earlier thread a staggering example of sustained pro-immigration bias on The World at One last week, courtesy of Mark Mardell and George Alagiah. They were discussing economic migration.

I agree with the commenter's criticisms completely and would urge you to read the comment in full (if you haven't already done so).

In summary, however, George Alagiah presented a thoroughly one-sided report on the issue, using nothing but pro-mass immigration advocates:

...and making nothing but pro-mass immigration points:
In no way was that impartial reporting.

Then came a Mark Mardell interview with people from both sides of the argument: the left-leaning economist Jonathan Portes representing the pro-mass immigration side and Alp Mehmet of Migration Watch representing the other side.

That might be thought 'fair' except for the way Mark Mardell behaved here. In no way was it impartial interviewing.

He essentially gave Jonathan Portes a free run, asking him soft questions (including one mentioning the 'cuts' - something Mr Portes is known for opposing). Alp Mehmet, in contrast, was asked tougher questions, repeatedly interrupted and even asked a personal question in order to amplify MM's pro-immigration point. The tone was also different, with a notable degree of added stridency entering the BBC presenters voice in some of his questions to Mr Mehmet.

Here are the questions put by Mark Mardell, in full:

To Jonathan Portes:
I would stress that Mark Mardell - and I'm not imagining this, as you can confirm by listening for yourselves! - really did put a lot more passion (heat, even) into the most striking question in those lists:

But there are so many people whose families come from a migrant background in Britain these days that even sort of discussing putting up the borders does sound offensive to them?

Is this the 'argument' the BBC are going to start regularly deploying from now on?

I bet it's not the last time we'll hear such an astonishing question from a BBC presenters' lips.
Posted by Craig at 11:43

Labels: 'The World At One', George Alagiah, immigration, Mark Mardell