Has Anita Anand taken notice of all the flak that's recently been coming her way for her "hectoring and disapproving and opinionated" behaviour on Any Answers?

I think she might have done given because her behaviour on this week's programme could hardly have been more different (for the most part). It really sounded to me as if she was deliberately on her best behaviour, taking a much more hands-off approach to her callers, allowing them to speak at length, asking them non-loaded questions (sparingly), not huffing and puffing at them if they said something she didn't approve of and not sounding as if she was pushing her own opinion either. Only near the very end, when an elderly lady who pronounced Kenya as 'Keenyer' and began arguing that Cecil Rhodes wasn't a racist appeared, did a bit of Anita's old disapproving tone begin to resurface, but even here she held herself back from actually hectoring the lady.

The result was refreshing and interesting, and long may it continue that way.

And while I'm giving credit where credit's due, this week's Dateline London was also refreshing and interesting with a decent range of views and some of my favourite Dateline guests - Thomas Kielinger, Agnes Poirier, Alex Deane and John Fisher Burns.

They talked about the UK and the EU, the Middle East and Libya, and...of course...Donald Trump.

The mere mention of Donald Trump brought derisive laughter and some of the familiar kind of criticisms of The Donald that we've been hearing across the BBC for what feels like forever and a day now. However, John Fisher Burns of The New York Times did make the point that the second part of Donald Trump's statement about not letting Muslims into the U.S. - the bit about "until we can figure out what the hell's going on" (to paraphrase the point) - will strike a chord with a lot of people everywhere, and Alex Deane got to put a counter point to Thomas Kielinger, Agnes Poirier and Gavin Esler:

Well, I have bad news for you. That is, we - that is both 'we' the people sitting around this table and 'we' the people who might watch Dateline London are not Donald Trump's perfect audience. We are not the people he's seeking to communicate with and in the efforts he's making to win the nomination from his party he's doing very well. And when in fact you say you want to 'ameliorate some of his outrageous statements' it's those that mean he does best in that environment.

And unless I've been misunderstood, and I don't think this was going on at this table at all, it has been very obvious that many people don't want him to succeed and I would suggest to those people that sneering at him is the worst tactic of all because when people sneer and say 'You know, this statement's been outrageous or that view is unacceptable' people who are deeply afraid about their children and their lives say, 'Actually, he speaks...I thought he had a point but now you say what he says is unsayable. He speaks for me. He's the only one that's saying it'. 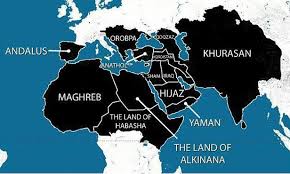 And while I'm praising stuff, I was going to write my own words of appreciation for David Aaronovitch's excellent Radio 4 discussion, What is IS? - one of the most interesting programmes from the BBC this year; however, as commenters at Biased BBC have put it so well already, I shall simply copy-and-paste their comments below and add 'Amen' to them:

Stuart Beaker
December 19, 2015 at 11:42 pm
David Aaronovitch What is IS? R4 22.15, repeated from earlier in the week.
I have said before that we should be prepared to recognise and praise good programmes that the BBC produces, and journalists who present them. This was such a one, I think. I thought this kind of discussion had died a long time ago for the BBC. It was informative, it failed to patronise the listener, and above all it did not appear to be biased.
I am unsure whether Mr Aaronovitch has been pilloried here before, but this was indisputably a good programme, going into fascinating detail about the eschatological basis for Islamic jihad and (mainly) Isis, but also other apocalyptic Islamist groups. I found out much that I had not heard before, and the cross-referencing to non-Muslim cults through history seemed sound to me (I am much more familiar with Christian heresies and cults), which gave me confidence to trust what was being said about Islam in its radical formats.
Others might pick holes in its approach, contents, or conclusions, but that is not the point – it set out an ‘honest stall’, whose content invited comment and perhaps argument, but not the justifiable blanket condemnation that so much of the Corporation’s programming achieves now. I say well done!
chrisH
December 20, 2015 at 1:08 am
Agree entirely Mr Beaker.
I praised it earlier in the week, alongside Jonathan Freedlands programme on the Shoah film.
Neither were prefect-but Aaronovitch asked good questions,and genuinely seemed to want to know the answers. He was honest in his own limitations ,and inability to understand the eschatological implications of IS and what fuelled them.
Which I found refreshing and informative from a BBC who always seem to think they KNOW what answers their agenda requires-and will try to mould the quotes and soundbites for the editing suite to “analyse”.
Praise where praise is due-if only the BBC would not insult our intelligence with forever trying to cover Muhammads arse…the facts speak for themselves, and all involved in this programme gave us enough truth to draw our own conclusions,,,felt the Jonestown parallel failed, but at least they didn`t gloss over Islams ultimate aim…sad to say, it`s so unusual to get such a show these days though. 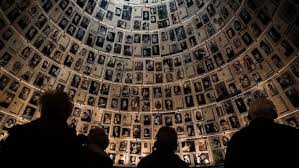 The Jonathan Freedland programme that chrisH praised there, Shoah in Jerusalem, was also exceptional and informative, containing several lump-in-the-throat moments. I'd urge you to give it a listen - and to read Jonathan Freedland's accompanying Guardian article, The day Israel saw Shoah, as your 'weekend long read'.
Posted by Craig at 10:37