An instrument of Israel’s enemies

Further to my previous piece about the depressingly ill-informed attitudes of some of our MPs, including Justine Greening, Col Richard Kemp has written a piece on the subject in the Jewish Chronicle. If you’ve read the HLMG report, you might like this, as Amazon would say. 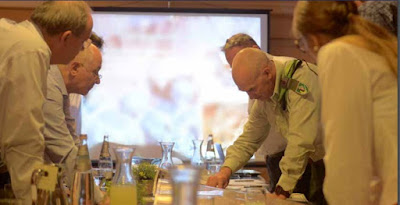 We put our reputations on the line. This is why.

1.) UNHRC and human rights groups who have been commissioned to evaluate the  Israel Palestine conflict lack credible military expertise.

2.) Bodies who have taken it upon themselves to pass judgment on “Gaza wars” need to understand that human rights law is not applicable to armed conflict. (War)

“Human rights law is fine if you are dealing with a police arrest on the streets of London, but not when you're looking at large-scale violent armed exchanges between warring factions - that is what the Geneva conventions are intended to regulate.”


3.) Israel’s enemies have managed to manipulate the media into promoting an ignorant, distorted, malign and misjudged overview of the situation and those who are taken in by that are effectively an instrument of Israel’s enemies.

“There was not a single Jew in the HLMG. Not one had any allegiance to Israel, except the recognition that Israel is an ally and an outpost of the West.”

and the need to point out the above says quite a lot more than meets the eye.
Posted by sue at 15:21