On this year's 'Today' guest editors 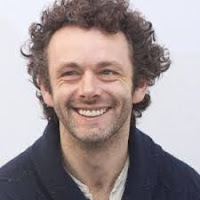 The first of Today's guest presenters, actor Michael Sheen, did 'his thing' this morning (as the young folks say).

His left-wing credentials certainly shone through, as did his interest in science and...er...acting.

Some of the left-wing Twitterati went into absolute ecstasy over his guest editorship...

...but other members of the self-same left-wing Twitterati went instead into a contrasting frenzy of 'BBC bias' accusations.

Well, partly because of "posh" Sarah Montague's laughing attempt to stop Mr Sheen's closing tirade against the present Conservative government (not that he actually explicitly named them).

That certainly got some people's goat.

But it was really Nick Robinson's emphatic closing comment that Michael Sheen's comments were just his (Michael Sheen's) opinions and that other opinions would be offered by other Today guest presenters later in the week that really infuriated the (easily-offended) Left and started the latest Twitter-storm against 'Tory' Nick Robinson and the 'Tory' BBC.

Should Nick have distanced the Today programme from guest editor Michael Sheen's left-wing opinions in such an emphatic way?

Well, why shouldn't he have done so? Isn't it his 'impartial' duty as a BBC presenter to say something like that after a guest editor has sounded off in such a (fairly) partisan way?

In contrast to all of this Twitter nonsense from the Left, others have wondered about the choice of lefty luvvie Michael Sheen - and, more reasonably, the choice of this year's Today guest editors in general.

That is a very middle-of-the-road, left-liberal selection, isn't it?

It's nicely 'socially inclusive' for starters. And Lord Browne gets in by being famously gay {so to speak}.

That said, the absence of an obvious right-winger in that list has been partly met by having former David Cameron adviser Rohan Silva, a tech entrepreneur, assume the role of Today business editor for the entire week.

Still, we are definitely in the territory of the safe, fairly 'establishment' middle ground aren't we here?

And that's a pro-establishment bias, as well as a strongly PC bias, isn't it?