“Donald Trump was widely condemned for saying this week that parts of London are "so radicalised the police are afraid for their lives". David Wilson is Professor of Criminology at Birmingham City University and Simon Cole is the National Police Chiefs Council's lead on Local Policing.”

Due credit to Sarah Montague who tried to bring in Trump’s assertions, with little success...

“However, by the way, and since you mention it, there are terrorist threats specifically targeting police, which is why we might advise policemen to pretend they’re not policemen when off duty and not actively ‘policing’.”

Finally, a familiar manoeuvre, one that is still recognisable from way back, and a move we haven’t seen very much of recently. Makes you feel quite nostalgic.
We call it the “You’re not helping”* move:


When people point out the dangers of radical Islam, they’re advised to STFU because of the need to keep calm and carry on; for social cohesion, innit. 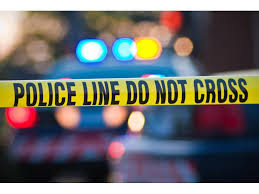