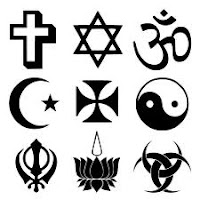 Time for my weekly predictions...


Many of this week's widely-reported religious news stories have been a gift for Radio 4's Sunday and its very particular outlook on the world.

Take the top Catholic stories this week...I think it's safe to predict that Pope Francis's statement about not judging gay clergy for their orientation will come up. I will eat my mitre if it doesn't. Who will the programme discuss the story with? A Tabletista who uses the occasion to cast Pope Francis in a more favourable light than Pope Emeritus Benedict?

As for Anglican stories, Archbishop Sentamu's call for a 'living wage' to replace the national minimum wage is right up Sunday's street. If they do discuss it, will they only interview a supporter of the campaign for a 'living wage'? On their past record the answer to that will be 'yes'. If they don't discuss it, is there some other left-wing campaign they can report instead?

Well, the government's crackdown on illegal immigrants is bound to come up. Sunday's instinct will be to interview a critic of the policy - an Anglican bishop or someone from a Christian charity. As this is a hot political issue though a second (pro-crackdown) point of view is surely a must - lest the programme falls foul of the BBC's Editorial Guidelines. I suspect they will have to send out two invitations on this occasion. Not to do so would look too biased. If there are two guests from each side of the debate, listen out for which of them the interviewer puts 'in the dock'. (I'd assume that would be the defender of the crackdown).

More generally, the programme will doubtless cover "the usual diet of breaking news from the Arab world, Christian-related abuse stories, bad news about the Catholic Church, something about human rights, the usual airing of Muslim grievances, a call for something or other by a left-wing campaign group, an Anglican row over something, that sort of thing."

We're still waiting for something about Sikhs, Hindus, Buddhists or Jews. It's been a long time since we've had a feature about matters of particular interest to those UK religious minorities. Will the programme's Matt Wells mark the anniversary of last year's mass shooting at a Sikh temple in Oak Creek, Wisconsin?

We'll know tomorrow morning. I hope to be pleasantly surprised.
Posted by Craig at 08:09