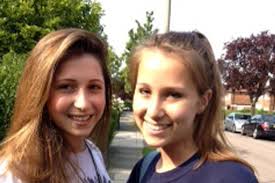 I really don't understand why this keeps happening.

If you've been reading the news online today you'll know that a radical Muslim cleric, Sheikh Issa Ponda, has been on the run after being shot by police on Zanzibar - and, according to the Daily Mirror, has now been caught and is under armed guard in hospital. The Islamist is suspected of involvement in the cruel acid attack on two British girls last week.

I won't quote them all but Sheikh Issa Ponda's flight from the police has been reported right across the media today - in the Mirror, on Sky News, ITV News, Channel 4 News, the Daily Mail, the Independent, Metro, the Daily Telegraph, the Times, the Sun, etc.

Understandably, it's a story their viewers and readers want to be updated on. We want the perpetrators to be brought to justice.

Only the Guardian and the BBC websites have failed to report it. There's nothing on their websites about this story. The Guardian's last report on the acid attack in Zanzibar came two days ago and the BBC have added nothing since early yesterday morning and have made no mention at all of Sheikh Issa Ponda in recent days. So, when will the story finally appear?

I just don't understand why this keeps happening. Do you?
Posted by Craig at 21:02