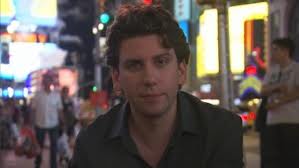 I love it when a plan doesn't come together...

Another week, another Sunday Morning Live viewer poll which didn't go quite the way the programme seemed to expect it to go.

Today's vote was on the question "Should Britain take in Syrian refugees?" The result went 13% to those who agreed with the question and a whopping 87% to who didn't. So, that's a big 'no' then from SML viewers.

The debate itself was well-balanced but the programme set up the question with a video featuring a likeable British woman who got married to a Syrian man a few years ago while she was studying in Damascus. She's back in Britain; he's still in Syria - and has no British visa. To the accompaniment of sad background music, we eavesdropped on their telephone calls - hearing their expressions of tenderness and their worries - before she called for Syrian refugees (like her husband) to be taken into Britain. 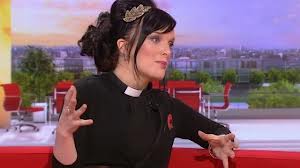 Yet despite this emotive framing of the question by Sunday Morning Live, BBC One viewers still chose to give it an emphatic thumbs-down.

They so often do.

It must be a Sunday Morning Live thing. No amount of question-framing, not even an emotive video, can sway the SML audience.

The studio discussion - between Anglican vicar Sally Hitchiner, the BBC Asian Network's Bobby Friction and Telegraph journalist Tim Stanley gave a fair spread of views (as I said earlier ) - but not, perhaps, the expected ones, with Dr Tim of the Telegraph arguing the case for us to take in Syrian refugees because it's our fault (Britain's 'imperialist' meddling and side-taking in the Syrian civil war) and Bobby Friction of the BBC Asian Network taking the opposing view and saying 'no', we shouldn't take them in because we can't cope with more mass immigration at the moment in this country. Reverend Sally didn't commit herself too firmly to either side, though she expressed her fear that "Islamophobia" might be at play in people not wanting to let them in. 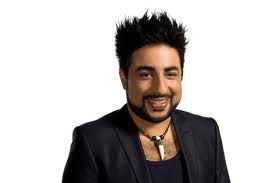 I did notice that straight after the initial discussion presenter Sally Magnusson read out three comments from viewers - two in favour of the proposal and one against. That ratio (2/3 saying 'yes', 1/3 saying 'no) turned out to be so far from the actual result that my bias-detecting spidey sense is still tingling. It didn't influence the result though, so that's all right.

It's just a shame that Radio 4's Sunday doesn't throw open a few of its subjects to the vote. I'd be ready, poised to click 'no', if they did!
Posted by Craig at 11:33