Pigs above the parapet 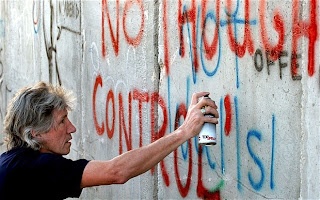 It wouldn’t make any difference if I decided to boycott Roger Waters because I never did like Pink Floyd, but would it make much difference to Roger Waters if he decided to properly boycott Israel, and would that  impinge on his career as an aging rock-star?

Enraged by the BBC’s decision to cut Nigel’s rant from the BBC3 broadcast, Waters hits back.

“I write to you now, my brothers and sisters in the family of Rock and Roll, to ask you to join with me, and thousands of other artists around the world, to declare a cultural boycott on Israel,” he wrote.
“Please join me and all our brothers and sisters in global civil society in proclaiming our rejection of apartheid in Israel and occupied Palestine, by pledging not to perform or exhibit in Israel or accept any award or funding from any institution linked to the government of Israel, until such time as Israel complies with international law and universal principles of human rights.”

Oh. I see it’s only a partial boycott, selectively chosen so as not to interfere with all those intel chips and stuff that global civil society needs.

“Time to stick my head above the parapet again, alongside my brother, Nigel Kennedy, where it belongs. And by the way, Nigel, great respect man.”


Celebrities will probably continue to advertise their ignorance and bigotry till inflatable pigs cease to fly. 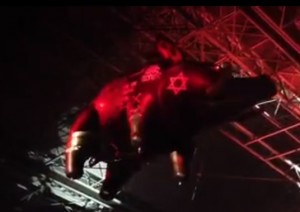