Is the BBC biased against Scottish independence? 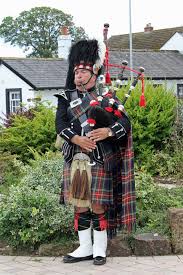 Here's an arresting thought: Is the BBC biased against Scottish independence?

A lot of Scottish nationalists certainly seem to think so. You only need to check out the daily deluge of allegations of '#BBCbias' on Twitter, for instance, to get some sense of just how angry many SNP supporters are about the BBC. The website Newsnet Scotland publishes countless articles highlighting instances of what it sees as severe pro-union bias on the corporation's part and there's even a Facebook campaign called Exposing anti-independence bias on the BBC...and so on.

Now, you do (as ever) see occasional claims in the other direction, but not very often. The (pro-union) Labour MP Ian Davidson complained about pro-SNP bias on Newsnight Scotland last year. That was one of the few instances which caught my (and Google's) attention. Pro-union Scottish blogs and twitterers just don't seem to get very het up about the issue of BBC bias, unlike their pro-independence opponents.

So, as the subject interests me (in a sort of disembodied way) - being part-Scottish and part-English - I'm going to try to get to the bottom of this in as impartial a manner as I can muster (though, personally, I hope that Scots will vote 'no' in their referendum). No pre-judging!!!

As I can't cover everything, I'm going to concentrate on just one programme - Newsnight Scotland. This is easily accessible via the BBC i-Player. Watching every episode (and they only usually last twenty minutes) and then assessing every story which focuses on Scottish independence should prove (one way or the other) whether the BBC really does have a bias against Scottish independence. Could it, in fact, be pro-independence? Or might it even be impartial?

Well, here goes, with the latest editions of the programme! 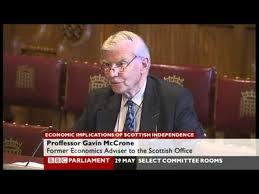 31 July 2013: Newsnight Scotland featured an interview with author, economist and former civil servant Gavin McCrone. He's got a new book out asking whether independence would make people better or worse off. He wrote a ("buried") paper in 1974 ("for the Tory government") which said that an independent Scotland could become economic prosperous because of North Sea oil. Presenter Gordon Brewer interviewed Professor McCrone, who made it perfectly clear that he strives to be completely impartial in the independence debate, though he raised "a lot of questions" which the pro-independence side needs (he believes) to answer.

Gordon Brewer began by asking him if he approved of Alex Salmond's oil fund proposal. (He does, in principle). However, Gordon's second question made it pretty clear where this interview was heading:


"But things have changed, and what I take from your book is the question we asked a minute ago, 'Could Scotland still be as rich as Switzerland and Norway from North Sea oil?', your answer would be 'no'?"

Professor McCrone didn't demur from that.

Incidentally, he added that his report wasn't written for the Tories but "for the incoming government, whichever party it happened to be. Wasn't commissioned by the Conservatives, as the film said". (Gordon ignored that).

Several of Gordon Brewer's questions continued down the same line as the quote above suggests -unhelpfully for the SNP and other pro-independence supporters.

After discussing the oil fund and the 1970s again, Gordon Brewer moved on:


"The SNP idea of a currency union with the UK. You're pretty sceptical about that...don't you?"

...another question that's hardly helpful for the SNP. Professor McCrone was duly sceptical.

Then came a question which even I, an outsider to this debate in some ways, felt was a leading question:


"Right, I must admit, despite...I understand you claiming that you don't want to take sides in all this...um...what I got out of reading your book was...the gist of it was...or at least it seemed to me was....this independence thing, it's not a very good idea and it certainly isn't a very good idea right now?"

Prof McCrone agreed it's "not a good moment" right now because of the UK's heavy deficit. Gordon then pressed him to go further. Prof McCrone tried not to, but raised the questions for the SNP again. 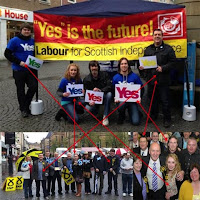 This immediately grabbed my attention as, according to Guido, the SNP had been caught bang to rights - their activists posing in front of a Labour for Independence banner as if they were Labour Party members.

So, obviously, Newsnight Scotland's decision to make something of this (apparently) embarrassing story certainly would not have been welcome to the SNP or, for that matter, to other pro-independence campaigners.

The programme (in the form of presenter Gordon Brewer) justified its coverage by saying that "a flurry of articles this week seems to suggest the group is not what it seems". Having a good trawl on Google suggests that this is quite true; however Google also shows that the articles in question were written by pro-union journalists (something Gordon Brewer made clear). So even though the BBC could claim that it chose to make something of this because it was a 'hot topic' in Scottish politics that evening,  critics of the corporation could reply that it was only a 'hot topic' with pro-union journalists and that, as a result, the BBC sided with them by jumping on their bandwagon.

The introductory report trumpeted the fact that Newsnight Scotland had challenged Labour for Independence's Allan Grogan on this very 'are you an SNP spy?' question in a report last September. Gordon said that Mr Grogan "hasn't denied" that SNP members posed in that photo - thus casting him in the difficult 'someone hasn't denied something' position. The report ended with Gordon wondering if this was a "fringe group" being used to "exaggerate its influence". Not great coverage for the SNP then - even though the programme included a chart showing that 13% of Labour voters supported independence.

Allan Grogan then took part in a studio discussion with Labour politician/activist Michael Kelly (clearly labelled by the programme).

Using the Charles Moore-inspired "Who's in the dock?" measure, Allan was clearly in the dock. Gordon Brewer interrogated and interrupted him more strongly, expressing scepticism about his position right to the very end. Just as clearly, Mr Kelly wasn't in the dock. He was challenged less than Mr Grogan - though he didn't get a completely free ride, given that Gordon put a few counter-questions to him.

I'm in no position to judge this but Newsnet Scotland and the pro-independence website Wings Over Scotland provide powerful counter-evidence that the embarrassing photos were doctored by the 'No' campaign and that the story is, in fact, a complete non-story. They say that the undoctored photos make it clear that this was a Yes campaign meeting and that the SNP people were posing in front of a banner with like-minded Labour members who had come along to help - just as Labour and Conservative pro-union campaigners have been sharing platforms in recent months without disguising their party political allegiances. They say the No campaign cropped the photos to remove the captions that made this clear and Newsnet Scotland now alleges that the BBC has been party to a "smear campaign".

So was this a piece of shameless Labour spin, which unionists from Guido Fawkes to Newsnight Scotland fell for, hook, line and sinker?

Regardless of that question (which, at the moment, looks like a 'yes' to me), I'd judge this as being biased against the SNP/against Scottish independence.

These are very early days and two anti-independence swallows don't make a biased Spring. Only time will tell as the appearance of bias could easily tilt the other way next week, or the BBC's famed impartiality might assert itself. We'll see.