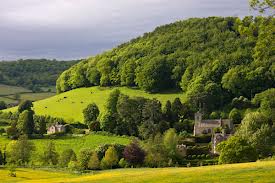 Here's this morning's 'live-blog' of Radio 4's Sunday - following on from yesterday morning's predictions (see the post 24 hours before...) . I think it shows, yet again, just how predictable and biased this programme can be. See what you make of it.

7.11 Hindu caste discrimination in the UK. Well, we've finally got a Hindu story - after many months. It's not a positive one though. The government has put off outlawing caste discrimination for two years and some campaigners are up in arms. First, a British 'untouchable' describes her 'painful' experiences of discrimination at school - and since - to William. This gave credence to the campaigners' position before the following discussion even began. That discussion was between Pratik Dattani of the Alliance of Hindu Organisations and Davindar Prasad from the campaign group CasteWatch UK, and was predicated on the question: "Should caste discrimination be outlawed?" Pratik Dattani was placed 'in the dock' by William (and interrupted many times), in line with the BBC's habitual tendency to treat campaigners (especially left-wing ones) more gently than their opponents/targets.

7.20 Benefit cuts protest. Here it is - the expected left-wing campaign plug. A retired Anglican, Paul Nicholson, is willing to go to jail. He's refusing to pay his council tax in protest at the "immoral" cuts in benefits. William interviews him and allows him to air his complaints about the government's welfare reforms. (Mr Nicholson protested against the poll tax too). The programme continues to give voice to the critics of the government here, without ever once giving a supporter of the benefit changes the chance to respond. This is a remarkable ongoing bias - and a proven one. Sunday should urgently seek out some Christian voices who are in favour of the welfare reforms (someone like Frank Pells of The Catholic Herald perhaps).

7.25 Ramadan and the Turkish protests. We hear a report from Dorian Jones in Istanbul on a few form of protest by a group called Anti-Capitalist Muslims, who are using the feast at the end of Ramadan to protest against the government. Here's the predicted Ramadan story, and the inevitable 'breaking news from the Arab world' story (though Turkey isn't, of course, Arab!) Chuck in ''anti-capitalism" (and the case for the merger of socialism and Islam - a sort of Islamic liberation theology) and it's the perfect Sunday story.

7.31 Anti-Judaism v Anti-Semitism. An interview with America historian David Nirenberg about the difference, as he sees it, between anti-Semitism and anti-Judaism, and why he believes anti-Judaism has been at the heart of Western tradition for centuries. His new book is called Anti-Judaism. This was unexpected.

7.36 Cricket. A chat with Canon Max Wigley of Yorkshire Cricket Club about why the club needs a pastor, etc.

7.39 Church teaching on homosexuality. As predicted...in the wake of Pope Francis's comments (expressed with "a warmth rarely heard of in recent times", according to William) and similar comments from Justin Welby. There wasn't the expected interview with a Tabletista but a report from Trevor Barnes instead. We heard a couple of skeptical drinkers (vox pops) critical of the Pope's comments, then from William Naphy of Aberdeen University who said that, in contrast to Pope Francis, Pope Benedict "got hung up on the idea" of priests' sexuality. We heard from Anglican bishop James Jones, whose own acceptance of gay priests the programme reported on a few weeks ago. Then came Rev Sharon Ferguson of the Lesbian and Gay Christian Movement who gave Archbishop Justin "one and a half cheers" (according to Trevor) but wants more action, including a encyclical saying that gays and lesbians should not be judged. We also heard from lecturer Canon Andrew Goddard, who said that Church teaching staying the same and expects "fireworks" (worse than the row over women bishops) over the issue. [There's the 'Anglican row' bit!]

7.46 The Home Office's campaign against illegal immigrants: Is it racist? Well, this was obviously going to come up and, yes, it was a two-sided debate: A discussion between Alan Craig, "who describes himself" [as William put it] as a "Christian" from an area with a high immigrant population, and Sunday regular Bishop Nick Baines. Alan supports the campaign while Bishop Nick strongly opposes it. So far, so balanced...however...William quickly - and sharply - interrupted Alan and then rather rudely cut him off to invite in Bishop Nick. Is it a racist campaign?, William then asked Bishop Nick. Alan was clearly the guest 'in the dock', being asked to justify his own response to the campaign in reply to William's assertive challenges to him. Bishop Nick was treated with kid gloves in comparison.  I just knew it would turn out like this (see my prediction from yesterday morning for proof of that!)

Is the BBC biased? Well BBC Radio 4's Sunday certainly is. (If you're new to the blog, just click on the label for 'Sunday' on the right-side of the blog).
Posted by Craig at 08:29