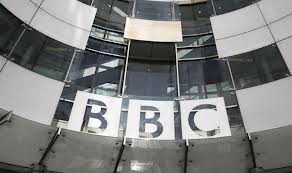 On that think tank-based study by the centre-right Centre for Policy Studies, a senior BBC editor has seen fit to post a riposte on the BBC's own 'About the BBC' blog....

This week the Centre for Policy Studies published a report claiming to have found a left of centre bias in the BBC’s online reporting of think tanks. They also claim right of centre think tanks are more likely to receive health warnings than their left of centre counterparts.

The CPS itself is hardly impartial on the BBC – it argues for a smaller BBC and campaigns against the licence fee.

Leaving this aside there are several points about the report that are worth noting.
The report crucially doesn’t give details of the actual news stories in which the think tanks are mentioned, omitting useful context. We don’t give health warnings about think tanks, we aim to describe them. The CPS also haven’t published their own definitions for describing the think tanks concerned - another crucial omission. Nor do they provide concrete evidence to back up their claims or publish the full methodology used – although they do point to references to searches on Wikipedia.

BBC News provides impartial and independent coverage to a quarter of a billion people across the world.

Our priority is to deliver the best services for all our audiences at home and abroad and in that we are pleased to say we are succeeding with record audiences abroad and more listeners and viewers at home than any of our competitors. We are rigorously policed by the BBC Trust, our own editorial guidelines and our own audiences. More importantly, we remain the most trusted news broadcaster in the UK.

The comments are beginning to stray off-message though. Some long-winded pseudonymous type, whose tedious writing style is so uncannily like my own that I suspect it was actually written by me, writes in reply:

"The CPS itself is hardly impartial on the BBC – it argues for a smaller BBC and campaigns against the licence fee."

I believe that's what's known as an 'ad hominem argument'. If their findings are correct then their motivation is irrelevant.

No less an 'ad hom' is your snide point about them referring to Wikipedia - which they did (once) merely to access a list of well-known UK think tanks.

Take a look for yourself and you'll find it won't.

Search under 'IPPR' and 'Institute for Public Policy Research' and 'Centre for Policy Studies' and read each article since, say, Jan 2012 and you'll see that IPPR reports form the starting point of significantly more articles (by a large margin) than CPS reports.

Context is unlikely to be your friend here.

"We don’t give health warnings about think tanks, we aim to describe them."

Excuse me if I don't accept that, given that you so often don't describe them when doing so would give your viewers and listeners a useful handle on where they are coming from.

As an extra example of that, the Resolution Foundation think tank's findings on 'the squeezed middle' (so helpful to the Labour Party and widely reported by the BBC), might benefit from context being given as to the centre-left nature of that particular think tank - plus the links of many of its senior figures to the last Labour government.

The CPS could have done with showing ALL their working, but they showed more of it than you are implying. Did you not read the introduction to their report?

Your response here isn't really adequate, is it? And appearing to get your defences from 'Liberal Conspiracy' doesn't add to your credibility either.

Am I Is that Beeb-bashing commenter right there? Or am I is he being unfair?
Posted by Craig at 20:47