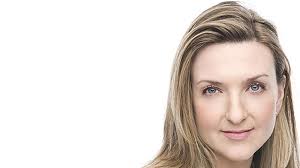 I don't listen to Radio 5 Live very often these days. When I was something of a football fanatic I'd listen to any old match commentary on the station (most of which, if memory serves me right, seemed largely to consist of Alan Green slagging off various match officials). I've never listened to Nicky Campbell's breakfast show, have managed to avoid Richard Bacon's programme completely and have heard Victoria Derbyshire's show all the way through before only once (as Michelle of the Resistance might have put it). Have I been missing out? Have I been missing out on some outrageous bias?

Over many years of reading Biased BBC I've seen so many accusations of bias against the channel's presenters that I've been tempted to check them out for myself and see whether 5 Live's news coverage is as shockingly skewed as most commenters at Biased BBC say it is. However, there's never been the time to do it properly - and there still isn't. So, a conscientious skimming of one programme over a few days is all I can manage - and, given that her name crops up far more than anyone else's at Biased BBC, it's going to have to be Victoria Derbyshire's show.

I'll start with the latest edition.

This edition was centred on whistle-blower Dr Greg Wood, who resigned from the fitness-for-work assessment firm Atos claiming he'd been pressured into changing the conclusions of ten of his assessments, to "skew" them against the claimant. Atos works on behalf of the DWP and checks whether claimants are entitled to sickness benefit.

Why was this the programme's lead story that day? Was it topical?

Well, it doesn't seem to have been. The story originally broke - thanks to the BBC - when Dr Wood resigned in May. The nearest thing I can see to its topicality comes from the fact that the Guardian published a full-length interview with Dr Wood two days before this programme (31 July). I would assume that the programme saw that interview in the Guardian and thought it would make a good focal point for their show.

Who was in the dock?

Well, Atos and the government. The DWP were, Victoria said, invited onto the programme to respond but declined the offer.

At the beginning of the programme Victoria asked claimants who'd been through the assessment process to call in and share their experiences. Unsurprisingly, that's precisely what they did, complaining bitterly about the way they'd been treated.

Victoria let them speak. I presume that by so doing she was letting us, her listeners, make up our own minds about them and about what they were saying. That might be a reasonable claim as I was very sceptical about some of these people's claims of victimhood - and I think that lots of other 5 Live listeners would have reached the same conclusions. That said, less charitable BBC critics would assume she was giving them a free ride to promote their grievances.

It's a shame someone from Atos or from the DWP didn't come onto the programme to counter some of this stuff though.

Still, Victoria herself did put their side quite often - not just by reading out their statements but also by challenging Dr Wood - such as by pointing out (twice) that two of the calls from Atos to amend his assessment would have made it more likely that the claimant's bid for benefits was accepted.

Dr Wood came across as a decent and likeable man, though he was far more nuanced than the BBC and Guardian reports I've (subsequently) read made him appear. I think Victoria Derbyshire's way of interviewing of him helped bring that out.

As regards this part of the programme, I'd give Victoria credit for interviewing in the way I want BBC interviewers to interview. Still, the choice of subject suggests bias nonetheless: A Guardian-inspired feature inviting aggrieved benefits claimants to protest against the government.

This, of course, wasn't the only topic covered. The other big debate concerned the cost of PPI complaints. Here the banks were in the dock.

I was really hoping for someone from the banking sector to be on hand to defend themselves here but, no, we got a customer who'd been given some compensation, a customer who'd been refused some compensation, a journalist from The Independent (Mary Dejevsky) who was highly critical of the banks and an ombudsman lady who was also critical of the banks. Other callers (in the second hour) also voiced their complaints. Not being personally involved in this story I rather struggled to get my head round this. It was interesting but it smelled of bias to me...

...except that Victoria Derbyshire kept querying the customers about their own responsibilities. Why hadn't they checked the conditions? Why indeed, I thought.

What other stories were covered?

The outrage in Chile over a report that found no one guilty of causing the mining disaster - the rescue from which we all remember so well - was discussed with a BBC correspondent.

More time was spent on the arrest of a Democratic Unionist Party councillor, Ruth Patterson, over comments she'd made on Facebook imagining a fantasy massacre of Sinn Fein leaders at a republican march. Rather intriguingly, it emerged that this story - and, thus, the arrest - was prompted by the BBC itself. The BBC discovered the private comments on the famously-too-public Facebook and challenged Ruth Patterson (who had since apologised) over the matter. Is that an example of BBC Northern Irish investigative journalism at its impartial best, or is it BBC Northern Irish investigative journalism at its partisan worst? All "very embarrassing" (as the BBC reporter told Victoria) for the DUP.

Former Arsenal (and England) player Kenny Sampson was also a topic. Apparently he's been homeless and suffering from alcoholism. Two of his colleagues discussed his sorry state with Victoria.

The Zimbabwean elections were also discussed. The African Union thinks they were hunky-dory, but Muggy's rivals say they're a farce. Victoria talked to an election observer called Grace (Chirenje?) (Clearly not Grace Mugabe!) who talked of "irregularities". What she said was rather hard to follow though, given the poor quality line she was speaking down. Victoria then talked to Labour's Baroness Glenys Kinnock and to Dr Knox Chitiyo of Chatham House (who comments at the Guardian). Baroness Kinnock thinks the elections have been "a travesty" and Dr Chitiyo says the elections have been "significantly flawed". Bias - or obviously the plain truth? Baroness Kinnock and Dr Chitiyo got heated though (well, Baroness Kinnock did anyhow) over Dr Chitiyo's call for pragmatism and over the right strategy for Glenys's beloved EU.

The programme ended with the breaking news that Cuadrilla had begun drilling at Balcombe, West Sussex. The BBC's Duncan Kennedy updated Victoria on the 'fracking' story. He talked to a protester from Blackpool, who talked of earthquakes. Duncan asked him if he was also concerned about water pollution. By Jove, he was! Then Duncan talked to a local who objected to this unrepresentive "rent-a-mob" of protesters and said Cuadrilla are drilling not fracking. The two sparred and others then joined in (all on the protestors' side) and a right scrap resulted. Duncan took the protesters' side (by his only intervention against the anti-protester local), despite the anti-protester local being one-against-many. Tut tut.

Still, Victoria, back in the studio, then talked to a pro-fracking politician - Peter Lilley MP (Conservative). She began by asking, "How do you deal with the earthquake point because it is valid, Mr Lilley?" Mr Lilley disagreed with that. Victoria interrupted, "And water contamination?" He rejected that too. Mr Lilley's interview lasted less than two minutes. In fairness though, they had left him right to the very end of the programme and were running out of time.

Hmm, I can see why Biased BBC people get so hot under the collar about Victoria Derbyshire's show, if that's a typical edition. It did give me the impression, despite some of Victoria's interviewing, of being very much a Guardian/Independent kind of BBC programme - something it really shouldn't be.

Of course, one edition of a programme is nowhere near enough to judge it.


Update (5/8): Ah, Victoria is not doing her show this coming week. (Woman's Hour and Newsnight are being blessed by her presence instead).
Posted by Craig at 21:17