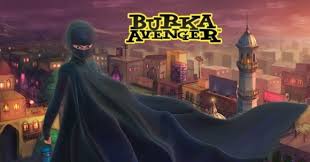 Lest you were eagerly awaiting them (as if!), there won't be any predictions this week about which stories will or won't feature on tomorrow's Sunday (Radio 4, 7.10 am).

The reason? The programme's website has already listed them, and I've already read them.

So in that light, I confidently predict there'll be: An interview with political commentator Charlie Woolf [do they mean Charlie Wolf?] about whether politicians should 'do God'; an interview with a Coptic newspaper editor about anti-Christian attacks in Egypt; a report over divisions in the Jewish community over the Manchester Eruv; Ed Kessler on the ecumenical interfaith work of Betty Maxwell; a professor on 'Were women airbrushed out of Christian history?'; David Willey on corruption at the Vatican bank; someone following in the footsteps of St Paul; and a discussion about cartoons and religion in the wake of the Pakistani cartoon, 'The Burka Avenger'.
Posted by Craig at 08:30