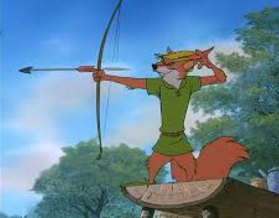 News-watch's report on the Today programme's business coverage, finding heavy anti-Brexit bias, has certainly hit a raw nerve with defenders of the BBC.

I've lost count of the number of articles, especially on left-leaning sites (including the Guardian), which have referred to it with haughty dismissal before going on to claim either that the BBC is getting it about right or, 'in fact', erring on the other side.

The rawest nerve touched, however, appears to belong to Nick Robinson. His Radio Times rant about people who complain about BBC bias appears to have had that News-watch report very firmly in mind, and Nick's subsequent discussion with Charles Moore in The Spectator is even more clearly focused on it.

That Spectator discussion is a remarkable read - and the online version, of course, also gives us the commenting public's less-than-impressed response.

One thing that made me smile was the one moment when Charles Moore put a properly tough point to Nick Robinson - curiously a moment when the discussion moved away from bias - and Nick Robinson, just like a politician, chose to ignore it and change the subject.

Moore: Obviously if you have the current BBC’s setup, that’s what you must try to be. I mean both that you must morally, and that you must for your own survival. Other-wise you couldn’t endure. But maybe all that is being blown away. Maybe the American system — or lack of a system — gives a better reflection of the reality of the world. The BBC exists thanks to a poll tax which it is literally illegal to avoid. It is collected with a phenomenal ruthlessness, which, if it were not the BBC doing it, the BBC would itself expose. And we know that’s not going to last, because no young person now pays. In the modern world, media organisations are far more powerful than they used to be. And they ought to be challenged.

Robinson: Will you forgive me going back? I read a piece that you had written in which you were worried that Article 50 can be overturned. I can see why, after all your adult life having this argument, you would be concerned about that. But my worry is...

Where's John Humphrys and his terrier-like questioning when you need him?
Posted by Craig at 07:32