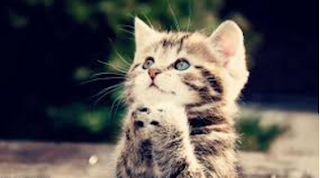 Does the BBC read blogs like this? And does it react to what we write?

The company I work for is assiduous in monitoring social media for adverse comment, so it's hardly difficult to imagine that the BBC keeps an eye on sites like this from time to time (even if just for amusement). And lower-lying BBC people especially are bound to Google themselves.

In the early days of this blog programmes like Broadcasting House and Sunday actually used to link to some of our pieces on their official BBC websites (which they must have found by searching for reaction) - at least until we became too critical of them. And an edition of BBC Correspondents Look Ahead alluded to one of our posts. Other than that though it's mainly been hints and suspicions - except for some complaints that have paid off (though that's obviously not a question of them reading us voluntarily).

Commenters at sites like Biased BBC have often wondered whether BBC News website articles (in particular) have been surreptitiously edited in response to criticism there. Given how 'surreptitious' the BBC can be, it's very hard to know whether such 'stealth-edits' really have come about because of alert BBC eyes monitoring critical blogs, or whether such changes have  merely been coincidental and either (a) self-motivated or (b) prompted by direct complaints. (And they certainly wouldn't tell us if they had 'stealth-edited' such a piece). But, nonetheless, it's certainly a real possibility. And, as I say, why wouldn't they?

Such thoughts also struck me after the BBC bumped up the distressing story of Hannah Bladon mid-morning this morning, a couple of hours after we posted (again) about their failings over the coverage of the story - the BBC having 'buried' the overnight news of Hannah being named and the growing tributes to her deep inside the less-read sections of the BBC website. Why would a story that the BBC had 'buried' overnight (even after Hannah's name was made public shortly after midnight) - and been so reluctant to fully report - suddenly get brought to prominence and the young woman at its heart finally given the proper humanity due to her unless someone - some website maybe? - had shamed someone at the BBC into doing the right thing?

Now, even if this isn't the case (and it very well may not be the case and the BBC could just have been catching up with most other media outlets), it still remains the right thing for blogs like this to do to keep on pointing such shameful BBC behaviour out, just in case someone at the BBC does pass by, reads the criticism, takes it on board and then acts on it.

We can only live in hope. 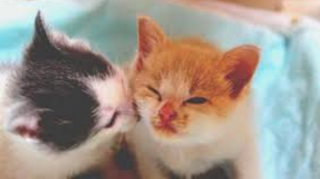 I also had that strange (paranoid?) sense that we're being read on the sly by the BBC whilst listening to this week's More or Less, which also engaged in a spot of introspection.

The feature focused on the question of whether fact-checking of the kind More or Less engages in is a pointless exercise because people who don't want to believe the programme's 'facts' not just don't believe their 'facts' but might actually go the other way and become even more resistant to the 'truths' More or Less is telling them about. Such 'fact-checking' might, therefore, 'backfire' on the likes of More or Less.

What made me think they were talking about this blog was that Tim Harford framed the programme's angst in the context of complaints about BBC bias, implicitly including complaints against his programme - and, as regular readers will know, this site has been particularly intent on nailing More or Less over its biased Brexit coverage. So it's evidently 'people like us', if not explicitly us, that Tim had in mind - though he employed the classic 'Complaints From Both Sites' defence during the programme.

Even then I wasn't really thinking that he actually meant us until a passing comment about people getting vexed about More or Less's coverage of EU cabbage regulations. That was something we did write about, to the detriment of More or Less. I can't find any evidence that anyone else on the internet wrote about that at More or Less's expense.

The upshot of More or Less's introspection was that they should try and avoid the 'backfire' effect by refraining from treating those they are debunking as idiots ('Coco the Clowns' you might say) and try instead to ingratiate their 'facts' with us by intriguing us by them...oh, and by using a 'debunking handbook' by Stephan Lewandowsky which Tim recommended. (This turns out, on Googling, surprise, surprise, to be a handbook mainly to debunk 'climate sceptics').

All I can say to this is that if you are reading this at More or Less, well, hello and thanks for reading us.

And please don't forget that your cautionary psychological tales apply to you too. You too aren't free from the failings and the cognitive biases you evidently think 'people like us' are prone to. You don't float above the rest of us. You're not disembodied Platonic souls, immune to the kind of things Daniel Kahneman writes about, anymore than we are.

You might think of yourselves as the impartial guardians of truth but don't you need watching too? What if your facts, however true, are skewed by 'groupthink'? What if your chosen 'facts' are highly selective, however unconsciously? What if, say doing the EU referendum, your coverage was overwhelmingly tilted, also however unconsciously, to 'help' one side (the Remain side) - as I think it indeed was? Was that really you just telling the truth, spreading the facts, in a neutral, dispassionate fashion, merely governed by 'a bias towards understanding' (as Nick Robinson put it), or was that you, perhaps despite yourselves, betraying an actual, heavy (pro-Remain) bias? And maybe we 'BBC bias-bashing' types aren't wrong after all?
Posted by Craig at 20:39