While the cat’s away

With Craig temporarily off-piste, or piste-off - I’m not quite sure - this site is likely to become more Jewy than some readers might find necessary.
It might even make some of our readers piste-off too, but I make no apology. While the cat’s away and all that.

Here are some things that have been on my mind for the last few days, then I’ll leave you alone.

One of the issues that have been simmering away for quite a while is that faux academic symposium which is taking place in Cork, right now.

(Update: More here. David Collier is there, reporting the event on our behalf.)

It calls itself a conference, and with all the speakers bar one hell-bent on delegitimising Israel, it certainly lives up to the definition: a formal meeting of people with a shared interest.

Of course this is something the BBC has no interest in, but as it is so controversial, (well, it is with some of us) you’d think at least it would have been featured on The Big Questions. Perhaps it will be, tomorrow? 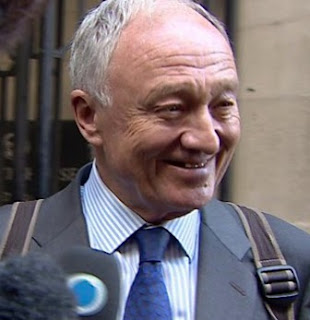 The other thing that is taking place right now has been reported by your most trustworthy of broadcasters.
It’s Ken Livingstone’s optimistic response to the hearing which is to decide whether his ‘Hitler’ remarks brought the Labour party into disrepute. Things are going his way, he’s beginning to think.

Good old Ken. I hope they do reinstate him, for the very good reason that it will further cement the Labour party’s well-established ‘disrepute’.

Never mind that he’s steadfastly determined that Hitler’s helpful approach to deporting Germany’s Jews was ‘supporting Zionism’ and nothing to do with antisemitism, despite Naz Shah’s belated admission that the Tweet in question absolutely was.

Never mind whether he did or did not say that Hitler was a Zionist. Even he realises that that is an absurdity too far.